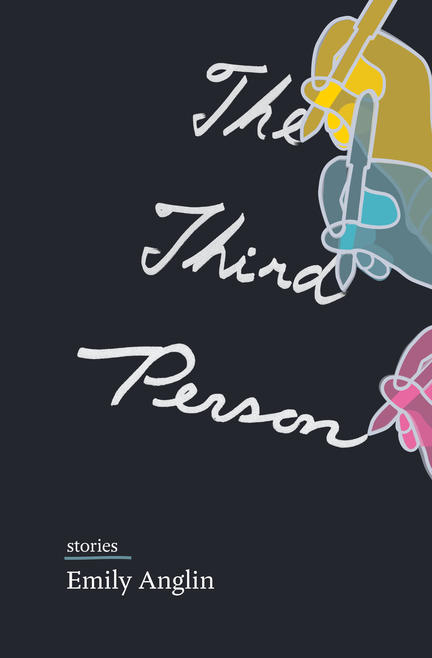 Two's company, three's a crowd--and sometimes it's more than that.

In The Third Person, a collection of uncanny short stories by Emily Anglin, a sequence of tense professional and personal negotiations between two people is complicated when a third person arrives. Within these triangulated microworlds, disorienting gaps open up between words and reality: employees dissolve from job titles, neighbours overstep comfortable boundaries, voices distanced by space or time make their presence felt. Uneasiness builds among these separate but entangled lives.
Anglin's darkly humorous stories contemplate situations in which characters refashion themselves to fit a new competitive milieu. The Third Person reveals how people can become complicit in these milieus, even desire them, often while being led into the loneliness they can instil.
Praise for The Third Person:
"Emily Anglin is a master of evasion and inference, a connoisseur of every kind of secret. Each story in this remarkable collection is alive with casually blistering intelligence tempered with compassion for human loneliness. This is a dispatch from the heart of modern incongruity, in which corporate jargon crosses over into poetry, then crosses back, in which lives are upended on a whim. Reading this book is like walking into an apparently familiar room and having all the details add up to something unsettling and new." —Kate Cayley, author of How You Were Born
"Prepare yourself for "spontaneous empathy" and "foreign body sensations," for specters, knowledge brokers, and an oddball cast of characters who feel, at once, both familiar and strange. Reading Emily Anglin's The Third Person is like watching the opening sequence of Hitchcock's Rear Window. As a character in one of the stories tells us, everyone has "public, private and secret lives." Anglin gives us access to all of these lives--offering a unique perspective that combines both the intimacy of the first person and the sweeping distance of the third." —Johanna Skibsrud, author of The Sentimentalists and Quartet for the End of Time
"Straddling the line between realism and uncanny dreamscape, The Third Person has a tone that is singular, consistent, and very involving." —The Winnipeg Review

"Anglin's stories creep up on a reader, occupying mental space for quite some time after reading them. The concealed details continue to percolate and develop over time.” —Quill and Quire

"Each of these stories feels like it could go in the direction of the weird and otherworldly, but then that ends up not being the point. The true source of the uncanny, The Third Person seems to say, isn’t the paranormal – it's other people." —The Globe and Mail

Writer and freelance editor Emily Anglin grew up in Waterloo, Ontario, and now lives in Toronto. Emily Anglin's creative work has appeared in the New Quarterly, the Whitewall Review, and in the chapbook The Mysteries of Jupiter. She holds an MA in Creative Writing from Concordia University and a PhD in English Literature from Queen's University, and also completed a postdoctoral fellowship with the University of Michigan's English department. Prior to her graduate studies, she studied English at the University of Waterloo. The Third Person is Anglin's first book.

Other titles by Emily Anglin

A recommended reading list from the author of The Third Person.