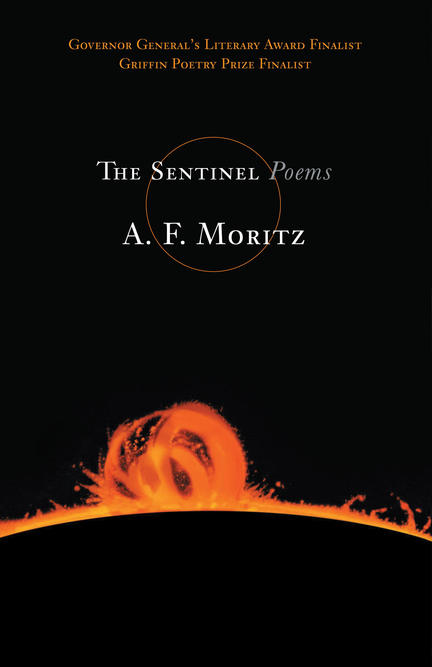 Mortality, Love, Ethics, Civilization, Divine Presence, Human Body, Modernity, The Natural World, and Constructed Spaces. The Sentinel watches and reports back to us in a voice that is timeless and worthy of trust. Whether describing renewal and regeneration, the despair brought on by global capitalism, or a place where decay and loss meet their antithesis, A. F. Moritz's magisterial voice, rare insight, and supple craft are on impressive display.

Al Moritz is a poet of high seriousness - rare in this quick and confessional age. And so, all the more to be valued.

Moritz is at his best when he combines his poetic sensibility-his ear for rhythm, precise phrasing, nuanced shifts in tone and register, and lyrical imagery-with his knowledge of mythic and literary conventions and his cogent political and philosophical observations

...A.F. Moritz's work leaves me reassured about the potential efficacy of poetry, of mind engaged with world on all fronts - politically, mythically, philosophically.

The Sentinel is filled with moments like this: graceful, adroit, surprising. There is something reassuring in art of this calibre; it reminds us how things matter. Moritz's voice is unmistakable. His readers, his admiring peers and his reviewers have long felt this, but it has become so obvious that it must finally be said: A.F. Moritz is one of the true master poets of his generation.

An ancient voice, mournful like the wind, speaks to itself yet means to be overheard in A.F. Moritz's amazing poems...We seem to hear shattered echoes from the Bible, Dante, Petrarch, or Sceve bound up in Maldoror's cruel eloquence.