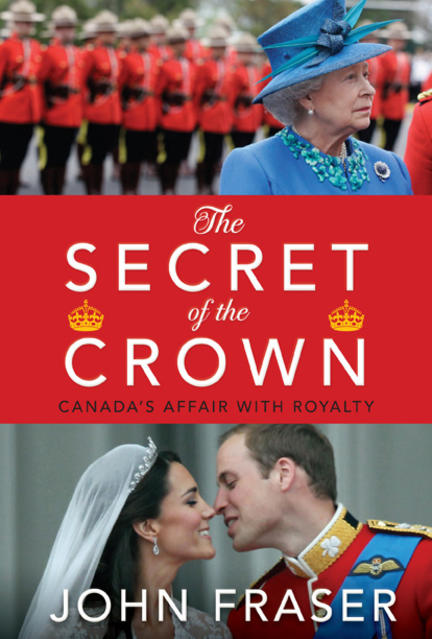 Award-winning journalist, author, and royal authority John Fraser explores the endurance and allure of the Crown in Canada. With his trademark wit and artful agility, Fraser looks at the Crown's evolution from the Age of Deference to the era of celebrity to the present popular revival. He examines the differences between tribal monarchy and constitutional monarchy, the key roles of the governor general and the lieutenant governor, and the media's insatiable appetite for the Royal Family. Finally, he speculates on the future reign of Charles, Prince of Wales, and pays homage to Queen Elizabeth II on her Diamond Jubilee.

Erudite and highly entertaining, The Secret of the Crown offers a captivating appraisal of Canada's long-standing affair with royalty. This volume includes a lavish 32-page photo insert to create a spectacular visual history of the once and future crown.

John Fraser, CM, is a Canadian journalist, author, and academic, who has served as Master of Massey College at University of Toronto since 1995. As a journalist, he has received multiple national awards, and his work has been published in many of the leading international newspapers and magazines, including the New York Times, Washington Post, Christian Science Monitor, Maclean’s, the Guardian, the Daily Telegraph, Paris Match, and New Republic. He is the author of six works of nonfiction and one novel. In 2011, he was appointed as a member of the Order of Canada. John lives in Toronto.

John Fraser’s insightful and well written study illuminates the role of the crown in all aspects of Canadian life and provides convincing arguments in support of continued ties with the constitutional monarchy.

... it is Fraser’s personal lifelong romance with the Queen and the monarchy that emerges as the charming heart of this delightful book.

... an invaluable opportunity to learn about a certain form of Canadian monarchism that has, it seems, gained a new lease on life ... stocked with human portraits of royal figures [and] deeply personal memories ...

Fraser provides insightful commentary ... [his] anecdotes are suffused with the excitement of a dedicated royal watcher ...

Other titles by John Fraser

A Narrative of Political Management