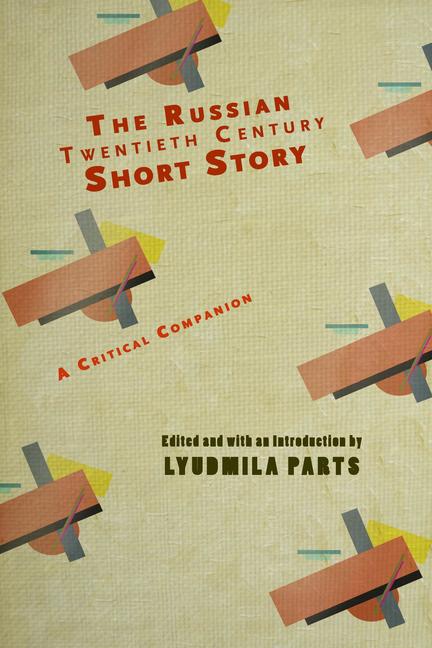 The Twentieth Century Russian Short Story: A Critical Companion is a collection of the most informative critical articles on some of the best twentieth-century Russian short stories from Chekhov and Bunin to Tolstaya and Pelevin. While each article focuses on a particular short story, collectively they elucidate the developments in each author’s oeuvre and in the subjects, structure, and themes of the twentieth-century Russian short story. American, European and Russian scholars discuss the recurrent themes of language’s power and limits, of childhood and old age, of art and sexuality, and of cultural, individual and artistic memory. The book opens with a discussion of the short story genre and its socio-cultural function. This book will be of value to all scholars of Russian literature, the short story, and genre theory.

Lyudmila Parts is Professor of Russian at McGill University (Montreal). She is the author of In Search of the True Russia. The Provinces in Contemporary Nationalist Discourse (2018); The Chekhovian Intertext: Dialogue with a Classic (2008); and the editor of The Russian 20th Century Short Story: A Critical Companion (2009). She has published articles on Karamzin, Dostoevsky, Chekhov, contemporary authors, symbolic geography, and Russian travelogue.

"Parts (Russian, McGill University) brings together an international group of scholars for an analysis of the Russian short story in the twentieth century. She considers first if there is something particular about the character Russian short story but leaves the reader to decide. The essays discuss writers well known in the West, such as Chekhov, Nabokov and Pasternak along with those not yet recognized outside Russia: Andrei Platonov, Yury Olesha, Isaak Babel, Abram Tertz, Vasili Shukshin, Varlan Shamalov, Tatiana Tolstaia, Lyudmila Petrushevskaia, Victor Erofeev, Andrei Bitov and Viktor Pelevin. One chapter is a translation of a story by Petrushevskaia. Some of the essays place the stories within Communist or pre-revolutionary society. Others are seen as a reflection of universal emotions. The themes of memory, childhood and loss appear often in the stories chosen for commentary. The authors speculate on whether there is a difference in the way these are treated by the Russian writers. This is an interesting study of both Russian writers and the form of the short story itself."

“The strongest essays are those on Isaak Babel’ (by the late Robert Maguire), Varlam Shalamov (Leona Toker), and Vasilii Shukshin (Diane Nemec Ignashev). . . . [T]his volume is a welcome reminder of the varied scholarship inspired by the literature of the last century. Recommended.”

“…The content of this collection is timely and appropriate ten years intot he twenty-first century as a point of entry for evaluation and reflection on exclusively twentieth-century literary phenomena in Russia. The articles within would complement the texts typically included in a graduate-level or advanced undergraduate-level course in twentieth century literature and culture. Similarly, for the scholar of twentieth-century literature, this is a nice collection for personal reference.”

Other titles by Lyudmila Parts

Goncharov in the Twenty-First Century