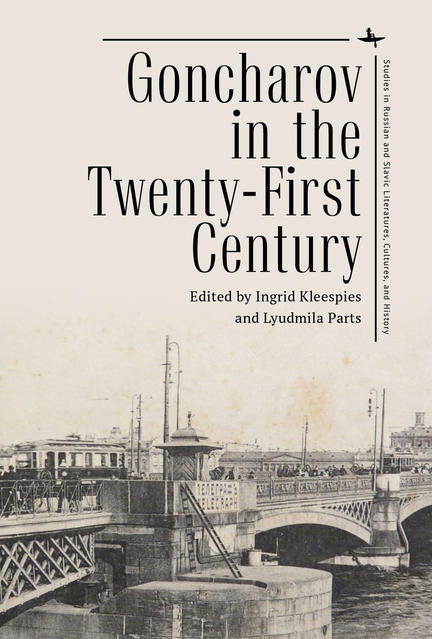 Goncharov in the Twenty-First Century brings together a range of international scholars for a reexamination of Ivan Goncharov’s life and work through a twenty-first century critical lens. Contributions to the volume highlight Goncharov’s service career, the complex and understudied manifestation of Realism in his work, the diverse philosophical threads that shape his novels, and the often colliding contexts of writer and imperial bureaucrat in the 1858 travel text Frigate Pallada. Chapters engage with approaches from post-colonial and queer studies, theories of genre and the novel, desire, laughter, technology, and mobility and travel.

Ingrid Kleespies is Associate Professor of Russian Studies in the Department of Languages, Literatures, and Cultures at the University of Florida. She is the author of A Nation Astray: Nomadism and National Identity in Russian Literature (2012) and of articles on eighteenth and nineteenth-century Russian literature and culture, with a special focus on Russian Romanticism, travel literature, and symbolic spaces.

Lyudmila Parts is Professor of Russian at McGill University (Montreal). She is the author of In Search of the True Russia. The Provinces in Contemporary Nationalist Discourse (2018); The Chekhovian Intertext: Dialogue with a Classic (2008); and the editor of The Russian 20th Century Short Story: A Critical Companion (2009). She has published articles on Karamzin, Dostoevsky, Chekhov, contemporary authors, symbolic geography, and Russian travelogue.

Other titles by Lyudmila Parts