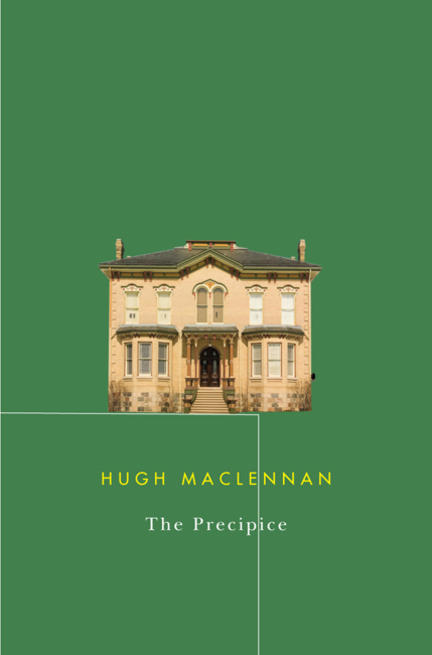 The Precipice is the sweeping story of Lucy Cameron, a young woman who seems destined to live and die in small-town Ontario. Into this place of monotony and petty incidents, of spiteful gossip and rigid moralism, appears Stephen Lassiter.

Stephen is a Princeton-educated engineer from a wealthy New York family and Lucy's antithesis. Despite the chasm of their differences, they fall in love, marry, and begin life together in New York during the distressing years of the Second World War. It is a life that will nearly break Lucy in heart and spirit, however, as her husband faces disillusionment in his job and boredom in the serenity of his home life. While Stephen looks for excitement and approval elsewhere, Lucy must fight to retain her poise and dignity in order to survive.

With its sustained contrast between the crushing deadness of small-town life and the glittering artificiality of New York City, MacLennan's third novel revealed a new level of maturity when it first appeared in 1948. A classic now back in print, with an introduction by renowned scholar and MacLennan biographer Elspeth Cameron, this timeless story portrays characters with a realism and fascination that is as rare as it is effective.

Other titles by Hugh MacLennan

The Return of the Sphinx

Man Should Rejoice, by Hugh MacLennan

The Story of a University

Watch that Ends the Night

The Watch that Ends the Night