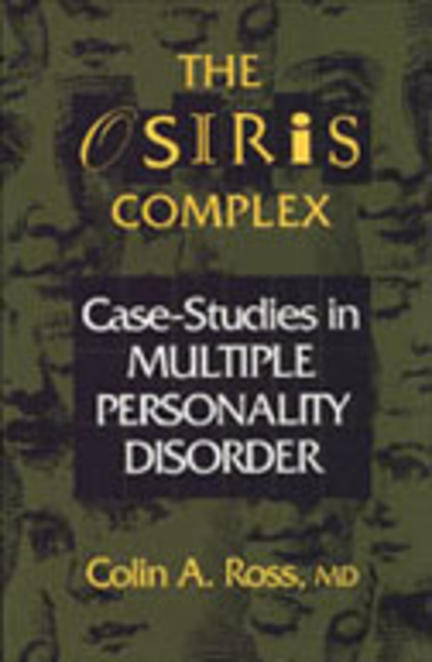 The purpose of this book is to provide understanding of the relationship between childhood trauma and serious mental illness. Dr Colin Ross, one of the most respected North American authorities on Multiple Personality Disorder, writes that his MPD patients have taught him that virtually all psychiatric symptoms are potentially trauma driven and dissociative in nature. He believes that MPD research will shift the paradigm of psychopathology in the direction of a general trauma model, and away from the two dominant schools of twentieth-century psychiatry, the psychoanalytical and the biomedical. The Osiris Complex is a collection of case histories illustrating the clinical roots of the paradigm transformation Dr Ross anticipates.

Contrary to prevalent opinion, MPD patients do not have more than one personality; the so-called different personalities are fragmented components of a single personality, abnormally personified and dissociated from each other. Adult patients exhibit core symptoms: voices in the head and ongoing blank spells or periods of missing time. The voices are the different parts of the personality talking to one another and to the main, presenting part of the person who comes for treatment. Periods of missing time occur when aspects of the personality take turns being in control of the body and memory barriers are erected between them. Patients also experience symptoms such as depression, anxiety, eating disorders, substance abuse, sleep disorders, sexual dysfunction, psychosomatic symptoms, and symptoms that mimic schizophrenia. MPD patients have experienced the most extreme childhood trauma of any diagnostic group and therefore exhibit the psychobiology and psychopathology of trauma to an extreme degree. The good news is that once diagnosed, the MPD patient can be brought back to health.

This book is important for all mental health professionals, and also for the general reader interested in psychiatric phenomena. It will play a powerful role in the social revolution necessary for the recognition of the preponderance, intensity, and hiddenness of severe childhood emotional, physical, and sexual abuse in our culture.

Colin Ross is Director of the Dissociative Disorders Unit at the Charter Behavioral Health System of Dallas and Associate Clinical Professor of Psychiatry at the Southwestern Medical Center in Dallas. He is author of The Osiris Complex: Case Studies in Multiple Personality Disorder.

'Though less discursive, and academically drier than Oliver Sack's The Man Who Mistook his Wife for a Hat, the book is equally fascinating, and deserves the same audience.'

Readings: A Journal of Reviews and Commentary in Mental Health

Other titles by Colin Ross