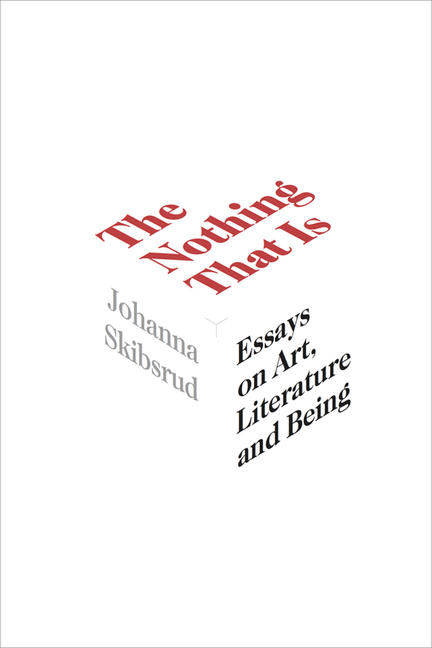 Rather than making "something" out of "nothing," what follows is an endeavour to express the potential of language and thought to encounter what is infinitely beyond both yet to be imagined.

In The Nothing That Is, Johanna Skibsrud gathers essays about the very concept of "nothing." Addressing a broad range of topics—including false atrocity tales, so-called fake news, high-wire acts, and telepathy, as well as responses to works by John Ashbery, Virginia Woolf, Anne Carson, and more—these essays seek to decentre our relationship to both the "givenness" of history and to a predictive or probable model of the future.

The Nothing That Is explores ways in which poetic language can activate the possibilities replete within our every moment. Skibsrud reveals that within every encounter between a speaking "I" and what exceeds subjectivity, there is a listening "Other," be it community or the objective world.

Praise for The Nothing That Is:

"Skibsrud adds brilliantly to what we can know of poetry. By entering into the words of Woolf, Oppen, Stephens, Rukeyser, Carson and others, and thinking in our presence, she gives us the experience of touch and beauty and the poem. A friend to Burke's sublime and to Pato's at the limit, this book urges us to receive poetry's "nothing" for here an abundance lives. Put The Nothing That Is into the hands of whoever is puzzled by or afraid of poetry, into the hands of whoever teaches it!" —Erín Moure

"Why do I find Skibsrud's consideration of Nothing essentially hopeful? Because her approach to the possibilities of thinking Nothing arise out of, and include, the despair of Celan's babble—which is to say the incomprehensible, a place where all known structures, including language, have fallen away. Skibsrud invites us to participate in the very human process of re-seeing and remaking the world; she challenges us to venture with her into the unknown, where experience and language empty themselves, then create themselves anew." —Sam Ace, author of Our Weather Our Sea

"At some point in my relationship with The Nothing That Is I began to forget that I was reading a collection of essays on art, language, and being, and began, instead, to believe that I was reading a guidebook on how to approach and appreciate outer space. Because, in her recuperative and intimate readings of the often despairing, always life-affirming schisms between what is expressed and what remains inexpressible, Johanna Skibsrud has written a manifesto of liminal, reverberative space, as essential to our understanding of poetry and art, as to that of black holes and the Milky Way." —Brandon Shimoda, author of The Grave on the Wall