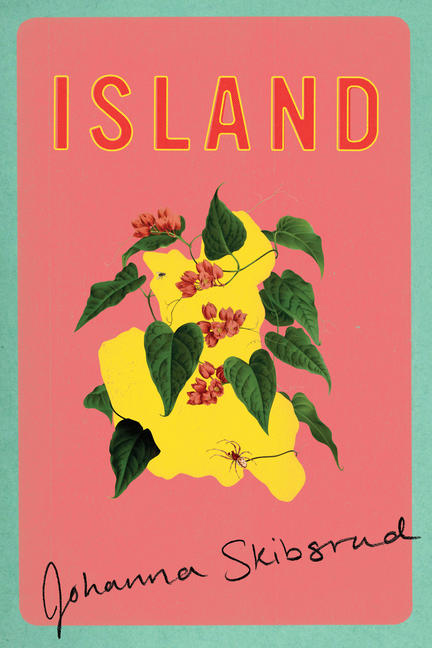 From the Scotiabank Giller Prize-winning author of The Sentimentalists comes the story of a revolution on an imaginary island.
"Reading Island is a searing, vertiginous experience. Hailing Conrad’s Heart of Darkness to interrogate our current moment in history, Skibsrud has created an uncanny and uncomfortable representation of power deeply corrupted. The text feels both historic and futuristic; it is discomfiting and necessary. Don’t look away." - Erin Wunker, Notes From a Feminist Killjoy

On an imaginary island, one whose socio-economic divide runs deep, an insurrection is brewing. Over the course of a day, the lives of two women--one a rebel, one a diplomat--will be forever changed.

Lota is a restless islander who works at a fish factory but is looking for a larger life. When she meets charismatic leader Kurtz, her life comes into sharp focus. Together, Kurtz's group of misfits plot to overthrow the island's occupying power. They plan to charge the embassy. They plan to capture Ø Com's outer station--the gateway to the entire empire's wireless operations. History does not--Kurtz urges her soldiers--have to repeat itself. As the past and future converge on this one day, a new world order is within reach. They cannot fail.

Rachel is an anxious diplomat who is counting down the final hours of her service on the island. Her family has fled to the capital after escalating racial tensions have put her daughter's safety in jeopardy. She is eager to follow despite the fissures that are starting to show in her marriage. But when she arrives at the embassy and hears gunshots ringing through the corridors, she knows this is no ordinary day. As the hours lengthen and Rachel is held captive, she begins to wonder if she'll ever see her loved ones again and what her complicity has meant as the sinister operations of her government start to surface.

Part fantasy, part parable, Island deftly explores essential questions of history and responsibility. It asks us to consider our legacies of cultural imperialism and the hidden costs of our wireless world. Urgent, illuminating, and thought-provoking, it asks us how we can imagine a future that does not run along the exact same lines as the past.

Advance praise for Island:
"Reading Island is a searing, vertiginous experience. Hailing Conrad’s Heart of Darkness to interrogate our current moment in history, Skibsrud has created an uncanny and uncomfortable representation of power deeply corrupted. The text feels both historic and futuristic; it is discomfiting and necessary. Don’t look away." —Erin Wunker, author of Notes From a Feminist Killjoy
Featured on the CBC's list of "fiction to watch for this fall"

"It is exhilarating to join a novelist working at these bracing heights." —The Washington Post
"Any work by . . . Johanna Skibsrud deserves attention, and her new novel, Island, is no exception. Its strengths are evident, with its wealth of imagery and the exploration of how the mundane can at any moment become mysterious, or even magical. . . . Skibsrud is a master . . . [she] can make your head spin and dares you to think.” —The Winnipeg Free Press

"Skibsrud is a writer of profound intelligence whose talent deserves applause." —The Chronicle-Herald
"Skibsrud crafts a fast-paced story of identity and insurrection . . . Island offers a thrilling vision of global corporate power played out in the lives of two headstrong and independent women who must confront various absences, including the intractable loss of identity." —Quill & Quire

"Skibsrud’s reimagining of Heart of Darkness is a timely novel in the age of 'us' and 'them', a mentality that seems exacerbated by the current political situation. This novel forces us to contemplate our role in the various structure that form our identity, be it political, historical or political. It reminds us that governments can be built on precarious scaffolds that strive more towards power than people." —inkandspine.com