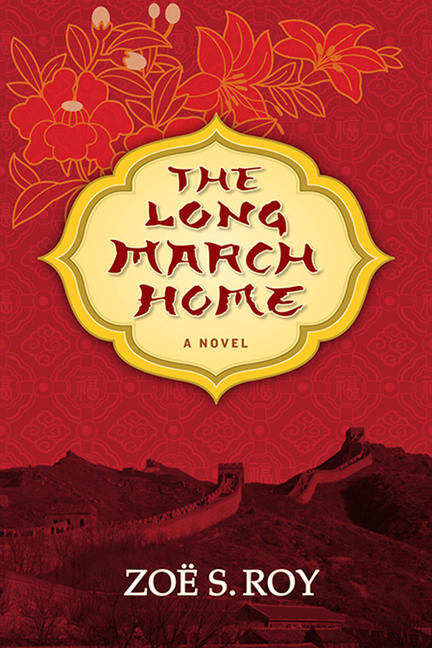 The Long March Home tells the story of three generations of women. Agnes, a young Canadian goes to China as a missionary, and falls in love with a Chinese medical student. Growing anti-western sentiment forces her to return home to Nova Scotia, where she discovers she is pregnant. Meihua, their American-born daughter, travels to China in search of the father she never met and winds up marrying a Chinese man, but the Cultural Revolution tears their lives apart. With both parents imprisoned, it falls to the family’s illiterate servant, Yao, to shield their daughter, Yezi, and her brother, from family tragedy, poverty, and political discrimination, negotiating their survival during the revolution that she barely understands. Only after her mother is released, does Yezi learn about her foreign grandmother, Agnes. Curious about her ancestry, Yezi travels to the U.S. to meet Agnes and learn about her life in China with the man her mother still longs to find.

Born in China, Zoë S. Roy, an avid reader even during the Cultural Revolution, writes literary fiction with a focus on women’s cross-cultural experiences. Her publications include a collection of short stories, Butterfly Tears (2009), and two novels, The Long March Home (2011) and Calls Across the Pacific (2015), all published by Inanna Publications. She holds an M.A. in Atlantic Canada Studies from Saint Mary’s University and a M.Ed. in Adult Education from the University of New Brunswick. She currently lives in Toronto and is a teacher for the Toronto Public School Board.

With her stunning debut novel, Zoe S. Roy has proven herself a powerful voice in Canadian fiction.This novel was both moving and delicate. I cared about the characters and their stories and found myself wondering about them even after I had closed the cover. From every angle, it was hard to pin down "right" or "wrong" or "good" or "bad," only "that which tears these people away from each other" and "that which brings them together." I felt--and this is going to sound strange--I felt wiser after I read this book.

I liked this book because it was like a picture of the times. I could feel the fear and frustration of the people during the Cultural Revolution. Being born in Canada it is hard to believe how the Chinese people endured the suffering. I myself at the time was a young mother with three children and was not aware of the Cultural Revolution or of Mao as the monster he was. This book shows how the revolution affected a family and the losses they endured. The mother Meihua was American born and as a result, for no other reason she went to jail for seven years and her husband was confined to a labour camp. Before the Cultural Revolution, the couple had given a homeless woman, Yao, a home, who was able to return the help caring for their two younger children Yezi and her brother, while both the parents were incarcerated. It is too bad their oldest son died in Burma, because he had tried to prove he was against his anti-revolutionary parents since he was brain-washed by Mao’s revolution.
I often think about the book and how the people could follow Mao. People died from starvation and yet they still chanted his name. I found this book very enlightening and highly recommend it.

Other titles by Zoë S. Roy

Calls Across the Pacific