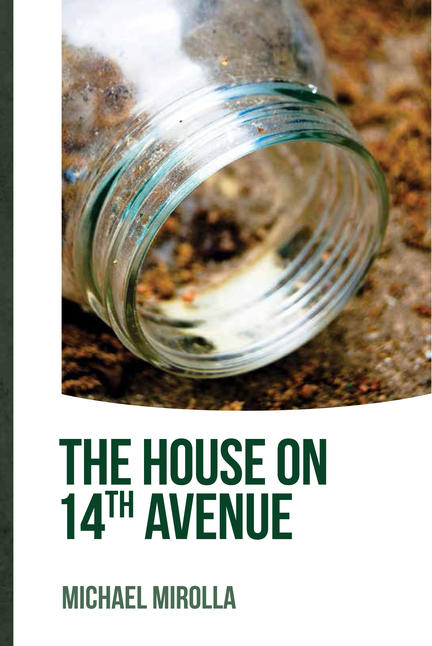 The House on 14th Avenue is about paired and shared lives, featuring two people whose connection sometimes seemed forced and uneven. That of master and slave. That of trembling and acceptance. Some of the poems detail each individually, a scraping together of momentary identities; others bring them together as they embark on journeys both physical and psychic. Journeys into the past through an underworld of ancestral ghosts and paths so well-trodden there is no possibility of creating new ones. Journeys in the present through detailed lists of the physical objects around them (with the mythic bleeding through on occasion leaving only stains behind). And journeys into a future where the realization of endings looms and where the two are left once more to cope each in his or her own way with that knowledge. In the midst of it all lurks the manipulator of words, phrases, images – the meta-text that tries so desperately to make sense of it all, that tries to bring order into what seems like simply a chaotic movement forward, and that wishes for…prays for…sacrifices for a dream state where a culmination of sorts exists, if only in the mind of the creator. In the end, it is left to the reader to decide whether the “two peasants” will be allowed to escape the gravitational pull that has weighed them down…to float away from the harsh realities that have defined them into the realm of words and infinite possibility.

Born in Italy, and arriving in Canada at the age of five, Michael Mirolla calls himself a Montreal-Toronto corridor writer (because he spends so much time travelling between the two cities). He’s a novelist, short story writer, poet and playwright. Publications include two novels, the recently-released The Facility, and Berlin (a 2010 Bressani Prize winner and finalist for the 2009 Indie Book and National Best Books Awards); two short story collections—The Formal Logic of Emotion (recently translated into Italian and released in 2010) and Hothouse Loves & Other Tales; and two poetry collections: the English-Italian Interstellar Distances/Distanze Interstellari (2008), and Light and Time (2010), His short story, “A Theory of Discontinuous Existence,” was selected for The Journey Prize Anthology, while another short story, “The Sand Flea,” was nominated for the Pushcart Prize. His short fiction and poetry has been published in numerous journals in Canada, the U.S. and Britain, including anthologies such as Event’s Peace & War, Telling Differences: New English Fiction from Quebec, Tesseracts 2: Canadian Science Fiction, the Anthology of Italian-Canadian Writing (Guernica), New Wave of Speculative Fiction Book 1, and The Best of Foliate Oak.

Other titles by Michael Mirolla

At the End of the World

Ballad of Martin B, The

Formal Logic of Emotion, The