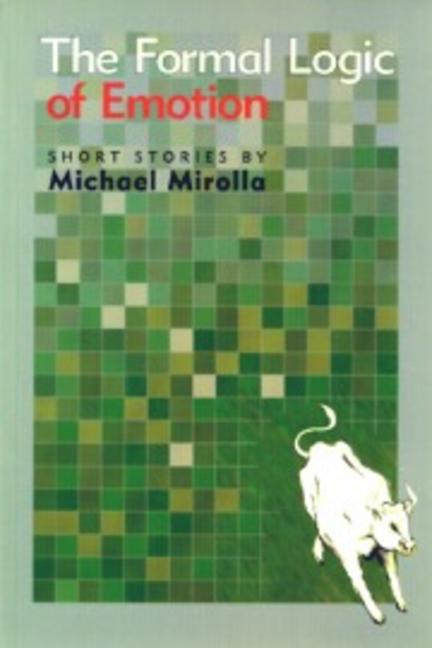 The author of a clutch of novels, plays, film scripts and short story and poetry collections, MICHAEL MIROLLA describes his writing as a mix of magic realism, surrealism, speculative fiction and meta—fiction. Publications include the novel Berlin (a 2010 Bressani Prize winner); The Facility, which features among other things a string of cloned Mussolinis; and The Giulio Metaphysics III, a novel/linked short story collection wherein a character named "Giulio" battles for freedom from his own creator.
Other publications include the short story collection The Formal Logic of Emotion; a punk novella, The Ballad of Martin B.; and two collections of poetry: Light and Time, and The House on 14th Avenue (2014 Bressani Prize). His short story collection, Lessons in Relationship Dyads, from Red Hen Press in California, took the 2016 Bressani Prize. The novel Torp: The Landlord, The Husband, The Wife and The Lover, set in 1970 Vancouver during the War Measures Act, was published in 2016 (Linda Leith Publishing). 2017 saw the publication of the magic realist short story collection The Photographer in Search of Death (Exile Editions). A novella, The Last News Vendor, published in the fall of 2019 (Quattro), received a Readers' View, Reviewers' Choice Award. A speculative fiction collection, Paradise Islands & Other Galaxies (Exile Editions), was published in the fall of 2020. The short story, "A Theory of Discontinuous Existence," was selected for The Journey Prize Anthology; and "The Sand Flea" was a Pushcart Prize nominee. In the fall of 2019, Michael served a three—month writer's residency at the Historic Joy Kogawa House in Vancouver, during which time he finished the first draft of a novel, The Second Law of Thermodynamics. Born in Italy and raised in Montreal, Michael now makes his home in Hamilton. For more information, http://www.michaelmirolla.com/index.html.

Other titles by Michael Mirolla

This Will Only Take a Minute

At the End of the World

The House on 14th Avenue

Ballad of Martin B, The