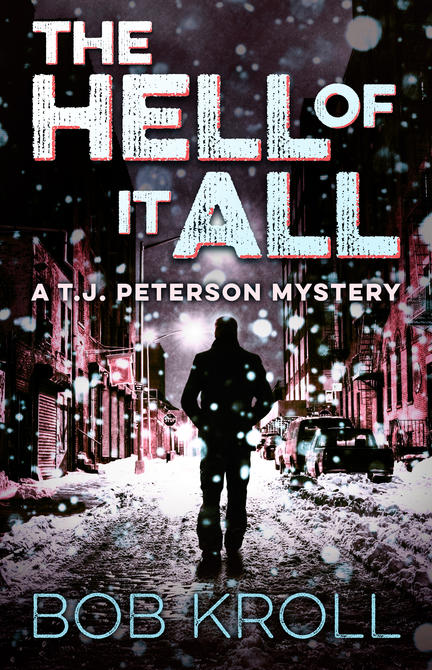 “A stylish noir.” — The Globe and Mail on The Drop Zone

Retired detective T.J. Peterson is working the table scraps that his former partner, Danny Little, sometimes throws his way. One of them has Peterson hearing from a snitch about a body buried 30 years ago, the same time a drug kingpin went MIA. Peterson is also ducking an ex-con with a grudge, a hitman who likes playing jack-in-the-box with a 12 gauge. Then a former lover re-enters Peterson’s life and begs him to find her daughter, an addict who knows too much about the local drug trade for her own safety. The search for the girl and the truth about the 30-year-old corpse takes Peterson down into the hell of it all, deep into the underworld of crack houses, contract killing, money laundering, and crooked professionals doubling down on their investments of black money.

“In his second T.J. Peterson novel, Bob Kroll immerses us in the seamy side of life in an east coast port city: the lowlifes, the lingo, the smells, the flare-ups of danger. . . . If you’re looking for a hit of hard-boiled detective fiction with lots of sizzling action, this book is for you.” — Anne Emery, award-winning author of the Collins-Burke mystery series

“Kroll goes unexpectedly deep and narrow into subordinate characters like a funnel into their soul. The scenes are poignant and wounding.” — Murder in Common

"The author did a fantastic job at creating this other world where shady things happen and people think it is okay. I was intrigued, and worried, throughout my reading." — Clues & Reviews

“Clocking in at a touch over 300 pages, Kroll's suspenseful cliff-hangers and relatable characters has the pages slip by faster than initially realized. Using descriptive adjectives, at times it seems as though I could smell the Halifax Harbour and hear the noises from the side streets in a city I've come to know and love over the years.” — Chronicle Herald

The Punishing Journey of Arthur Delaney