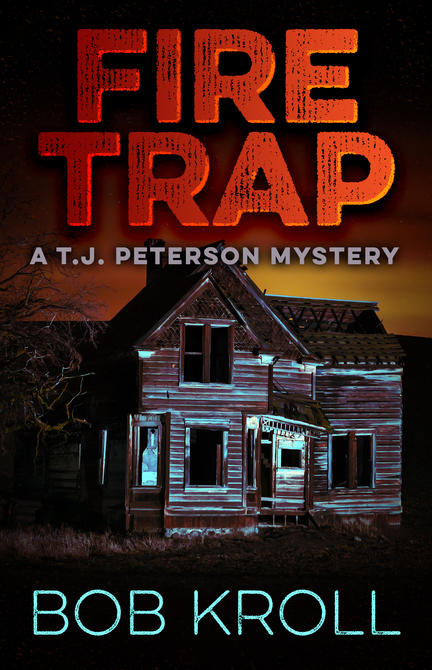 “If you like urban grit and slick action, you won’t want to miss this one.” — Globe and Mail

The third and final installment of the T.J. Peterson mysteries

Things have gone from bad to worse for T.J. Peterson. The cops have kicked him off the force, his girlfriend called it quits, his best friend and former partner won’t speak to him, and his estranged 20-year-old daughter, Katy, continues to torment him with photos of the hellholes she is living in. Add in a shrink’s diagnosis of PTSD, and Peterson is barely holding it together.

Peterson unlocked the steel door and entered. The room was pitch black. He opened his senses to explore the darkness. The stink of incense. The hurried sound of small scuttling feet. A low unnerving hum.

He snapped on the Maglite and played it around the room. There was a narrow, red painted door directly across from him, and it opened into another room that was like a cavern, which, excluding the small outer room extended to the entire footprint of the building. Steel girders ran the length of it. The walls had been painted black, except for one wall, which had two wide horizontal red stripes. At the room’s center were two video cameras similar in size to those he had seen in a television news studio.

Against one wall was a long table with a computer and multi-channel audio mixer. This was the source of the hum. There were speakers at either end of the table. Standing upright on the far wall was a strange looking contraption with a series of ropes and pulleys. Dangling from the ends of four of the ropes were high quality handcuffs.

He examined the contraption. Tugged on a couple of ropes and saw the centerboards pull apart in opposite directions, vertically and horizontally. He recognized it as a rack on which a person’s body would be stretched.

The same wall had been fitted with six black painted hooks. Each held whips of various lengths and of various styles: leather snake whips, braided floggers with multiple strands and knots on the tips. One of the snake whips had a metal barb at the tip. Another was studded the entire length with two inch thorns.

A shelf on the same wall contained a plastic cylinder of multi-coloured zip ties. Beside it was a loaded Smith & Wesson .38. There were three ringbolts in the wall with the horizontal red stripes. Leather straps hung from each.

He untied one of the straps and chafed a finger over the rough leather. Thinking. He looked at the whips then retied the strap on the ringbolt.

He played the Maglite over the ceiling and saw a small lighting grid directly over the wall with the ringbolts. The black floor sloped to a drain at the center of the room. He knelt and examined one of several discoloured streaks that ran to the drain from each of the ringbolts.

He followed two video cables from the cameras to the computer and saw a feed from the computer into the audio board, and into the speakers. He hit the space bar. On the screen appeared the still frame of a naked young woman curled on the floor beneath one of the ringbolts. She had long brown hair. Her eyes were wide open, terrified. Her mouth stretched into a silent scream.

“If you like urban grit and slick action, you won’t want to miss this one.” — Globe and Mail

The Hell of It All