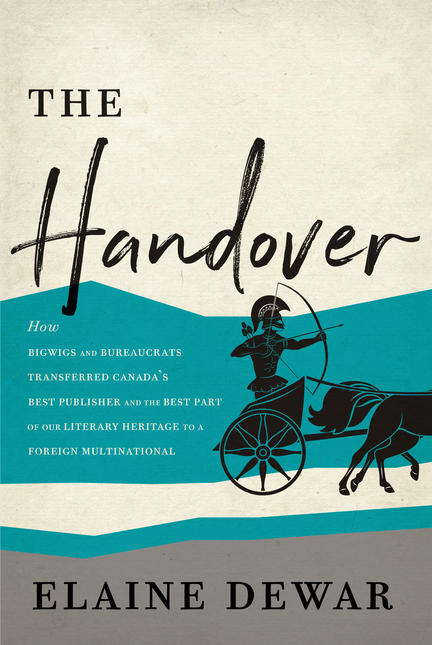 Until recently, McClelland and Stewart had been known as “The Canadian Publisher,” the country’s longest-lived and best independent press. Its dynamic leader Jack McClelland worked with successive provincial and federal governments to help draft policies in the 1960s and 70s which ensured that Canadian stories would, for the first time in the nation’s history, be told and published by Canadians. M&S introduced Canadians to themselves while championing the nation’s literature, bringing to the world Margaret Atwood, Leonard Cohen, Mavis Gallant, Farley Mowat, Rohinton Mistry, Alice Munro, Mordecai Richler, and many others. When 75% of M&S was gifted amidst great fanfare to the University of Toronto on Canada Day 2000—“To achieve the survival of one great Canadian institution,” M&S owner Avie Bennett declared at the time, “I have given it into the care of another great Canadian institution”—one could’ve assumed that it would remain in Canadian hands and under Canadian control in perpetuity.

But one would have been wrong.

In her controversial new book, Elaine Dewar reveals for the first time how M&S was sold salami-style to Random House, a division of German media giant Bertelsmann; how smart businessmen and even smarter lawyers danced through the raindrops of the laws put into place to protect Canadian cultural institutions from foreign ownership while cultural bureaucrats looked the other way; and why we should care. It is the story not just of the demise of the country’s best independent publisher, it is about the threats, internal and otherwise, facing Canadian culture. The Handover is more than just a CanLit How-Done-It: it is essential reading for anyone interested in the telling of Canadian stories.

PRAISE FOR THE HANDOVER

“It is the detective work involved that grips the reader...Dewar is justly well known for her relentless research and we are fortunate to have her.”—Philip Marchand, The National Post

“...in dissecting the deal’s entrails, Dewar has a grander purpose: to demonstrate “things about the way Canada really works,” about the way corporations, politics and academia work hand-in-glove behind the scenes to benefit the powerful. She’s written a case study in public-interest journalism, showing how to break a story open by refusing to be cowed by power and refusing to take no for an answer.”—Roy MacSkimming, The Globe and Mail

“A tale of dogged pursuit and self-questioning; of innovative business strategy and first-rate legal maneuvering...”—Maclean’s

“It’s hard not to agree with Dewar that this was a shady deal that a lot of powerful people let happen, either through laziness, ignorance, greed or ideological leaning. The story of M & S’s disappearance as a proudly independent and Canadian-owned cultural institution is an important one, and Dewar’s dogged research turns up a lot that would have otherwise been glossed over by happy-talk press releases.”—Toronto Star

“Full of facts initially left undisclosed by participants in the McClelland and Stewart saga, obfuscations and contradictions revealed by Dewar's admirable doggedness in getting to the bottom of what happened. This is as much a story about getting the story as the thing itself.”—Literary Review of Canada

“...a forensic dissection of how this once-unthinkable situation came to pass...you might expect such a subject to lend itself to a dry, legalese treatment, but in the hands of the crusading Dewar it instead reads like a real-life thriller, fuelled by righteous indignation. It’s also a wake-up call to protect what’s left.”—Montreal Gazette

“...Dewar’s story is an engaging tale of a uniquely Canadian boondoggle, in which literary, academic and financial elites coordinated to skirt federal law and transfer Canadian cultural wealth to the largest conglomerate publisher in the world.”—The Conversation

“The story she tells is fascinating, satisfying industry insiders and policy wonks alike, and one you should definitely read.”—The Winnipeg Review

“...a bit of cultural subterfuge nimbly explored...What could be a dry business book becomes—thanks to author Elaine Dewar's tenacity in the face of even the shiftiest lawyers—an engrossing CanLit thriller, as well as a passionate examination of power, storytelling, and who should shape our national identity.”—iBooks

“Anyone who cares about Canadian culture needs to read this bombshell of a book. Elaine Dewar takes us on her journey as she uncovers the sad truth that Canada’s preeminent book publisher was handed on a silver platter to a transnational conglomerate while taxpayers footed the bill. The Handover puts an end to our assumption that laws promoting Canadian culture are any longer enforced.”—Maude Barlow, author of Blue Gold

“The Handover reads like the best mystery novels. It is the single most important book about Canadian publishing, authors, culture, and sovereignty published in fifty years! It is an exceptionally well researched and documented trail of how the wealthy, powerful, and some government officials used high priced lawyers, accountants and institutions to bypass the intent of Canadian government policy and ideals...Essential reading for everyone who cares about our country.”—Jack Stoddart, O.C.

“Intrepid reporter Elaine Dewar writes with clarity and passion, and in her hands the story barrels forward, peeling away the layers of the M&S debacle. Through interviews with the major players and by diligent research, she uncovers the startling truth of how The Canadian Publisher fell into foreign hands.”—Jack David, Co-Publisher & Founder of ECW Press

On the Origin of the Deadliest Pandemic in 100 Years