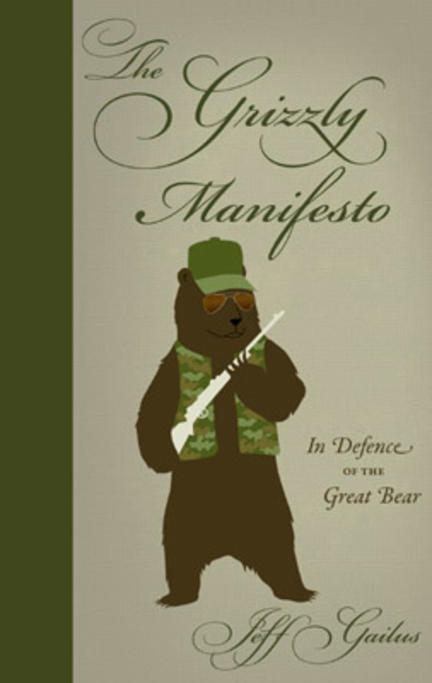 The grizzly bear, once the archetype for all that is wild, is quickly becoming a symbol of nature’s fierce but flagging resilience in the face of human greed and ignorance—and the difficulty a wealth-addicted society has in changing its ways.

North America’s grizzlies have been under siege ever since Europeans arrived. They’d survived the arrival of spear-wielding humans 13,000 years ago, outlived the short-faced bear, the dire wolf and the sabre-tooth cat—not to mention mastodons, mammoths and giant ground sloths the size of elephants—but grizzly bears in much of Turtle Island succumbed to 375 years of unrelenting commercialization and industrialization, disappearing from the Great Plains and much of the mountain West.

Despite their relatively successful recovery in Yellowstone National Park, the bears’ decline continues largely unchecked. And the front line in this centuries-old battle for survival has shifted to western Alberta and southern BC, where outdated mythologies, rapacious industry and disingenuous governments continue to push the Great Bear into the mountains and toward a future that may not have room for them at all.

Jeff Gailus has been writing about the intersection of science, nature and culture for over 15 years. His poignant journalism and commitment to conservation have allowed him to work with numerous non-profit organizations, including the Alberta Ecotrust Foundation, David Suzuki Foundation, Natural Resources Defence Council and the Yellowstone to Yukon Conservation Initiative. Jeff has earned a Doris Duke Conservation Fellowship, a Story of the Year award from the Associated Collegiate Press, and numerous shortlistings and honourable mentions for his magazine writing, as well as Canada Council for the Arts and Alberta Foundation for the Arts grants to work on an environmental history of the Great Plains grizzly. He has taught writing at the University of Oregon and the University of Montana, and has led university field courses for the Wild Rockies Field Institute and Wildlands Studies. Originally from Calgary, Alberta, Jeff currently resides in Missoula, Montana. His first book in the RMB Manifesto series was The Grizzly Manifesto: In Defence of the Great Bear (2010).

This publication is a true “Manifesto” (crisp and clear with a sound message), and makes for a fascinating read for everyone and beyond naturalists ... This book’s text can hardly be improved.—The Canadian Field-Naturalist

Jeff Gailus’s The Grizzly Manifesto: In Defence of the Great Bear is a short but forceful condemnation of grizzly conservation in Canada.—Jonathan Luedee, BC Studies

The Grizzly Manifesto: In Defense of the Great Bear

This disturbing book reveals how all levels of Canadian government are failing to protect the grizzly, whose numbers are dwindling yearly. Gailus, a journalist from Canmore, Alberta, describes how his passion for the grizzly was ignited while visiting Yellowstone Park on a media tour, where he witnessed grizzlies vying with wolves for a “caloric bonanza” —a bison carcass. Later, he survives a terrifying encounter with a grizzly Mom and cubs while jogging. Gailus traces the history of the great bear in North America where grizzlies thrived for 15,000 years until industrialization depleted their numbers. Gailus details his impassioned fight to force various government agencies to act to save the grizzlies, chiefly by limiting road access and tourist activity in bear country.

A great read for all!

I received this book a couple of months ago and it was such a fantastic and fast read! It's not a long book and once I was done I loaned it out to others who wanted to read it. I reside in Alberta and I'm very passionate about the environment I live in. This book is for anyone who's been curious about the fate of the grizzly bears and it is an insightful read. Jeff Gailus does an amazing job at capturing your attention from the first few pages and before you know it, you'll be finished the book.

Other titles by Jeff Gailus

Corporate & Political Spin in the Global War for Oil