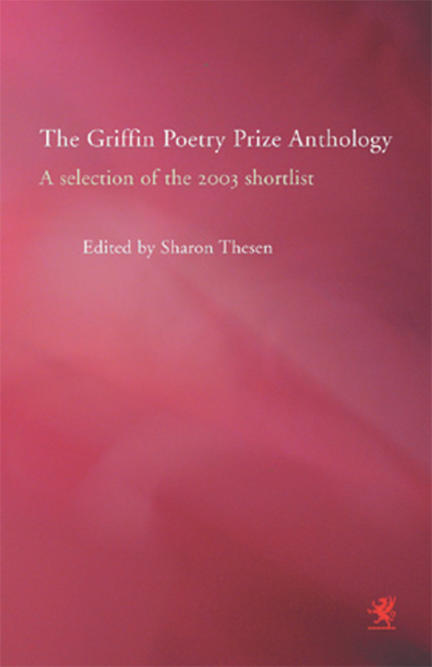 The best books of poetry published in English internationally and in Canada are honoured each year with the Griffin Poetry Prize, one of the world's richest and most prestigious literary prizes. The Griffin Poetry Prize Anthology: A Selection of the 2003 Shortlist includes poems from the seven exceptional books shortlisted for the 2003 prize.