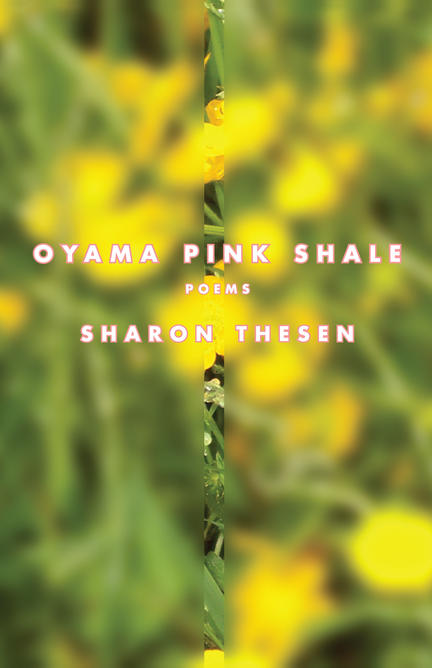 Shortlisted for the Dorothy Livesay Award

Governor General's Literary Award finalist Sharon Thesen's Oyama Pink Shale is a sly, self-directed, yet joyously emancipatory work. By animating and voicing various moments and selves -- indebted adult friend to artists, cold documentarian of a haunted sanatorium, engaged contemporary ticking off beauties, among others -- Thesen's poems show the transience of the earthly moment while convincing us of the thread of spirit that links all our lost bits and makes them possible.

There's an uncontainable buoyancy and lift in the lines and quick-shifting frames as they swerve toward the darker, more gravid complexities of contemporary life. Oyama Pink Shale exhibits a love for both the quotidian and the oblique angle, and a singular talent for the music of cumulative wonder.

There are many worthy pieces here . . .