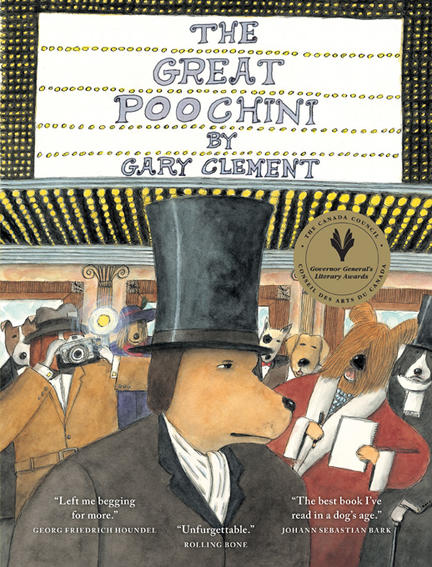 Winner of the Governor General's Award for Children's Illustration

By day Signor Poochini is a dog, lying peacefully in his master's living-room and listening to music. But by night he is the Great Poochini, the most acclaimed singer in all opera -- dog opera, that is.

One evening, however, as Poochini attempts to leave home for the opera house, he discovers that his master has left the window locked, and he cannot get out. He is in despair until suddenly a cat burglar appears, and what might turn into a disaster becomes an opportunity.

Gary Clement's hilarious text and beautiful illustrations are packed with wonderful punning jokes on the world of the opera, making this book a delight for children and parents alike.