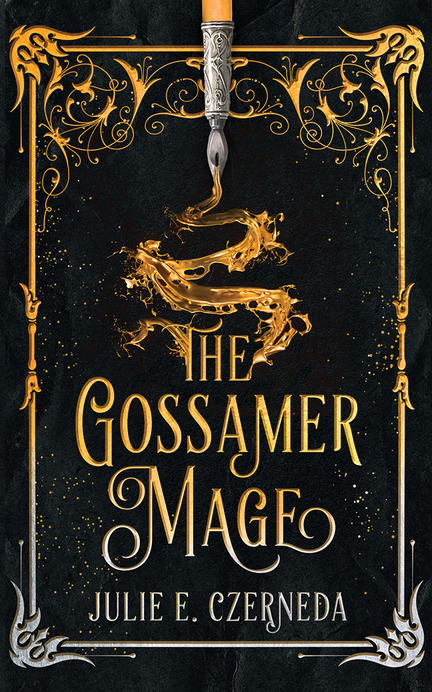 From an Aurora Award-winning author comes a new fantasy epic in which one mage must stand against a Deathless Goddess who controls all magic.

Only in Tananen do people worship a single deity: the Deathless Goddess. Only in this small, forbidden realm are there those haunted by words of no language known to woman or man. The words are Her Gift, and they summon magic.

Mage scribes learn to write Her words as intentions: spells to make beasts or plants, designed to any purpose. If an intention is flawed, what the mage creates is a gossamer: a magical creature as wild and free as it is costly for the mage.

For Her Gift comes at a steep price. Each successful intention ages a mage until they dare no more. But her magic demands to be used; the Deathless Goddess will take her fee, and mages will die.

To end this terrible toll, the greatest mage in Tananen vows to find and destroy Her. He has yet to learn She is all that protects Tananen from what waits outside. And all that keeps magic alive.

Lesley Livingstonis an award-winning author of teen fiction, including the Wondrous Strange trilogy, which won the 2010 CLA Young Adult Book of the Year Award, and was named one of the "100 young adult books that make you proud to be Canadian" by CBC Books. Her newest series, Valiant, is being developed for television.

To Each This World

Other titles by Lesley Livingston

Book 3 Of The Once Every Never Trilogy: Now And For Never

The Haunting of Heck House