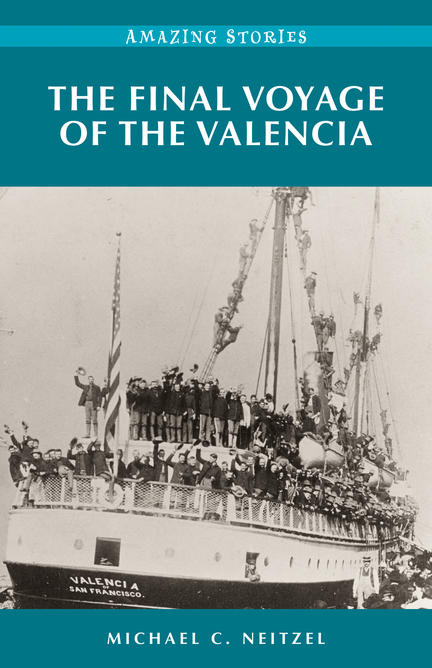 A dynamic retelling of the deadly 1906 sinking of the SS Valencia off the southwest coast of Vancouver Island, one of the worst maritime disasters in Canadian history.

There are few places on earth that have such a high record of marine casualties as the short yet treacherous stretch of coastline known as the Graveyard of the Pacific. In the late nineteenth and early twentieth century, the fifty-six kilometres between Port Renfrew and Cape Beale off Vancouver Island saw dozens of shipwrecks and claimed hundreds of lives.

On a blustery night in late January 1906, the steamship SS Valencia, heading from San Francisco to Seattle and Victoria, met its tragic fate on the rocks near Pachena Point. With over one hundred passengers and sixty-five crew members on board, only thirty-seven people survived the wreck. All of the women and children perished.

With journalistic precision, compassion for the victims, and condemnation for those who neglected to prevent the tragedy, author Michael C. Neitzel recounts the Valencia’s ill-fated final voyage, drawing heavily on first-hand accounts of the survivors and witnesses. The Final Voyage of the Valencia is a must-read for anyone interested in the maritime history of Canada’s west coast.

Michael C. Neitzel rediscovered his love for writing and his interest in local history after returning home to Coquitlam, BC, from a two-and-a-half-year sailing voyage with his family to the South Pacific and Australia. He has written a book about that long sailing adventure, and has also published many articles on sailing and the sea in magazines in Canada and Australia. A free spirit and adventurer at heart, Michael is most comfortable on the family sailing ketch Southern Cross, planning his next ocean voyage. He lives in Pitt Meadows, BC.

Other titles by Michael C. Neitzel