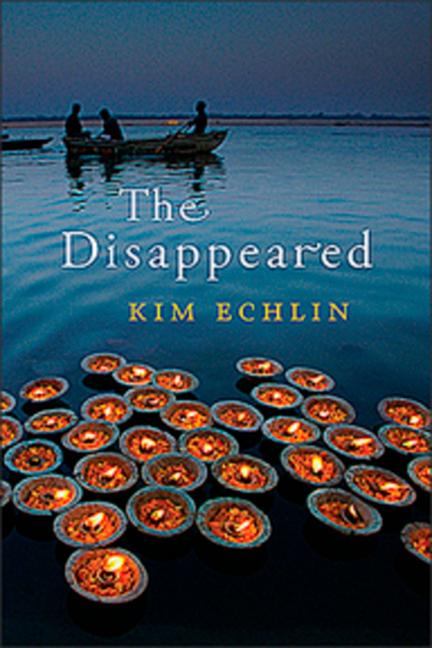 A sixteen year old girl falls in love with a Cambodian student.

A revolutionary closes the borders of a country for four years.

Kim Echlin’s powerful new novel tells the story of Anne Greves, from Montreal, who meets Serey, a Cambodian student forced into exile when he cannot return home during Pol Pot’s time of terror. Anne and Serey meet in a jazz club where their shared passion for music turns into a passion for each other, against the will of her father.

But when the borders of Cambodia open, Serey is compelled to return home, alone, to try to find his family. Left behind, and without word from her lover, Anne tries to build a new life but she cannot forget her first love. She decides to travel to the war-ravaged country that claimed Serey. What she finds there is a traumatized and courageous people struggling to create new freedoms out of the tragedy that claimed their traditional ways, their livelihood, and a seventh of their population.

“Despair is an unwitnessed life,” writes Anne as she searches for the truth, about her lover, and about herself. “If we live long enough, we have to tell, or turn to stone inside.”

From its first page, The Disappeared takes us into the land of kings and temples, fought over for generations. It reveals the forces that act on love everywhere: family, politics, forgetting. Universal in its questions about how to claim the past, how to honor our dead, and how to go on after those we love disappear, it is a story written in spare and rhythmic prose. The Disappeared is a remarkable consideration of language, truth, justice, and memory that speaks to the conscience of the world, and to love, even when those we love most are gone.

A nationalist and lifelong journalist, Barbara Moon was the author of hundreds of major articles in magazines such as Maclean's and Saturday Night and features in newspapers such as the Globe and Mail. She wrote dozens of television documentaries, among them several segments of the experimental CBC-TV Images of Canada series, and books, including The Natural History of the Canadian Shield. From 1992 to 1998, she was a senior editor for the Creative Non-fiction and Cultural Journalism Program (now called the Literary Journalism Program) at The Banff Centre. Among relevant honours, Moon held a Maclean-Hunter first prize for Editorial Achievement, the University of Western Ontario's President's Medal, and the National Magazine Foundation's Award for Outstanding Achievement. Barbara Moon died in April 2009 near her home in Picton, Ontario, after a brief illness. Kim Echlin is the author of Elephant Winter, nominated for the Chapters/Books in Canada First Novel Award and won the TORGI Talking Book of the Year Award. Her latest novel is The Disappeared. After completing a doctoral thesis on Ojibway story-telling, she travelled in search of stories through the Marshall Islands, China, France, and Zimbabwe. On her return to Canada she became an arts documentary producer with CBC's The Journal, and a writer for various publications. Don Obe is a professor emeritus of magazine journalism, a former chair of the school and founder of the Ryerson Review of Journalism. His professional experience includes editor-in-chief of The Canadian magazine and Toronto Life, and associate editor of Maclean's. From 1989 to 1999 he was senior resident editor in and, at times, the director of the Creative Nonfiction and Cultural Journalism Program (now called the Literary Journalism Program) at the Banff Centre. He won a gold medal in the National Magazine Awards for ethical writing and, in l993, his industry's highest honour, the National Magazine Award for Outstanding Achievement. He retired in 2001.

"An elegiac, beautifully told memory-tale of obsessive love. ... On one level, the novel is a young Canadian woman’s bildungsroman; on another, a profoundly moving account of the genocidal horrors of the Cambodian killing fields and its terrible aftermath. Written in elegant, spare prose, The Disappeared confronts one of the most painful conflicts of our time; the collision between our private, personal desires and the brutal, dehumanizing facts of modern history.” - Jury, Scotiabank Giller Prize 2009

"Echlin's masterful novel of meetings, partings and cross-cultural love...Precise expressive... Powerfully vivid...Luminous...A complex expression of annihilating loss and eternal love that is best experienced, in a sense, like the final act of a tragic play: as something inevitable and beyond the calculations of reason. " - The Globe and Mail

"Echlin, one of Canada's finest prose stylists, approaches her subject with the delicacy and solemnity it deserves... A beautiful work of art . . . The Disappeared is an expert novel, which manages to penetrate to the aching core of the Cambodian tragedy.” - National Post

“Like her passionate narrator, Anne Greves, Echlin is not afraid to risk everything in this aching, heart-wrenching novel of young love aligned against human atrocity...A slender book of remembering, The Disappeared is unforgettable.” - Sheri Holman, author of The Mammoth Cheese

"Electrifying... The voice is singular and arresting. . . . This is a very sensual book, written in an aroused but taut and plain prose...Echlin's heroine is a risk-taker; so, on the literary level, is Echlin...Through [her] technical and stylistic virtuosity, allied with elliptical narrative brilliance, Echlin raises Anne's climactic ritual action to a level of tragic sublimity." - The Guardian (UK)

“The familiar tale of star-crossed lovers is revisited with gripping immediacy and compelling freshness in Kim Echlin’s The Disappeared. Writing with sensuality, yearning, and in a voice readers will not soon forget, Ms. Echlin reminds us of the potency of our first loves, and of their enduring ability to shape and haunt us.” - Stephanie Kallos, author of Broken For You and Sing Them Home

"A beautiful elegy...Anne Greaves' story unfolds slowly, in spare and moving prose through fleeting moments and in floods of memory." - Winnipeg Free Press

“A dance of words . . . [full of] beauty, grace, sensuality and power. . . . In what is a seemingly impossible feat, the form is carved perfectly to the task—the book balances on the beauty. . . . Echlin is able, by imagination and art, to take the reader on a journey...that travels into utter darkness but does not leave us in despair. . . . Echlin has wrought a work of singular beauty, a work which turns ‘human cruelty’ into the image of a particle of dust by a lover’s cheek, into the rhythm of the sentences that carry knowledge of the world so all may witness.” - The Chronicle Herald (Halifax)

"Despite everything written about Pol Pot's regime in Cambodia, it is still possible to be deeply shocked by the stories of two million who died in the killing fields, were tortured or simply disappeared... Echlin has written a love story that exposes in terrible detail the consequences for generations of Cambodians living through 'Year Zero'...An ambitious novel.” - The Independent (UK)

"Written with singular elegance, a polished, poetic, deeply affecting novel from a writer in impressive control of her craft." - The London Free Press

"A poignant love story and a memorable journey through a nation’s troubled past... Of all the tensions Echlin successfully negotiates in her novel — loss and recovery, betrayal and forgiveness, Eastern atrocity and Western indifference — the intersection of memory and language is the most nuanced.... Direct and devastating. She finds small acts of grace and dignity amid the suffering, and in this novel, it is these quiet gestures that speak the loudest. " - The Walrus

"[Echlin] renders the numerous Cambodians...with a vividness and urgency...The real story of The Disappeared is the author's longing to bear witness to buried lives...Echlin succeeds, bringing to her work...the 'infinite attentiveness that is love'" - The Gazette (Montreal)

“The impossibility of closure after great crimes, no matter how many tribunals and truth-and-reconciliation commissions we may launch, is the subject of Kim Echlin’s absorbing new novel... The Disappeared takes its place with such other chronicles of female desire as Elizabeth Smart’s By Grand Central Station I Sat Down and Wept or Pauline Reage’s The Story of O, here yoked to a history that makes it both larger and more keen" - Times-Colonist (Victoria, BC)

"A beautiful work of art. . . The Disappeared presents desire as an antidote to despair.” - Ottawa Citizen

"Remarkable...Radiant...Echlin manages to juxtapose the horrific depravity of the Pol Pot era and its brutal successor against the power and resilience of individual human courage." - The Calgary Sun

"Echlin's pristine prose–there's a poet in there somewhere—evokes the pull of eros as Anne searches for the man she loves in one of the world's most dangerous places. But Echlin is equally skilled at portraying the effects of trauma on the human spirit...The Disappeared does go to poetic lengths to come to grips with events too terrible to contemplate calmly." - NOW Magazine (Toronto, ON)

"Terrific...Well-crafted and moving...With her spare¿and unsparing ¿ prose, Echlin does a stellar job of communicating the enormity of the Cambodian genocide through the prism of the personal." - Edmonton Journal

"[Echlin] summons the swirling passions of unfettered love, the blank panic of all-consuming grief and the devastating after-effects of holocaust ...with unsettling precision, making this novel a painfully emotional journey." - Metro (UK)

"Echlin has a vivid style all her own...Spare...Poetical...It's a story which will live long in the memory, as much for the way Echlin writes as for the subject matter." - Newham Recorder (UK)

Other titles by Kim Echlin

Under the Visible Life

A Fuge Essay on Women and Creativity

To Arrive Where You Are

Literary Journalism from The Banff Centre for the Arts

With this deeply considered list, Champagne shares with us some of the many books she read while researching the plight of the world's refugees throughout …