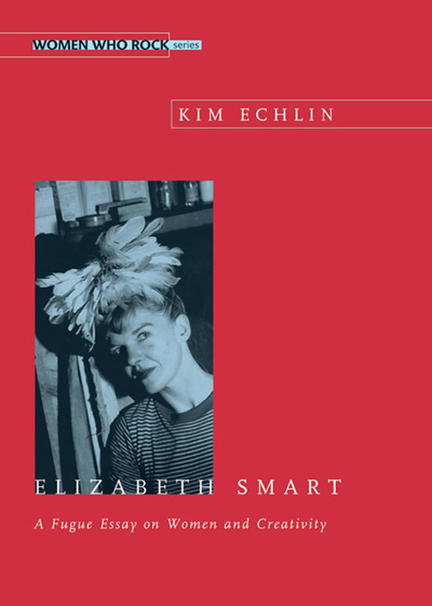 The author of "By Grand Central Station I Sat Down and Wept" has long been seen as a woman determined by "Romantic" love. In this suggestive new look at the life of a fascinating writer, Kim Echlin shows that another - powerful - source of Smart's creativity was rooted in her fearless exploration of the female body and psyche - as daughter, lover of men and women, and single mother of four children fathered by a British poet.
Women's creativity and relationships are the timeless preoccupation of Elizabeth Smart's writing. Echlin shows how Elizabeth Smart's determined embrace of her own unconventional experience in her art belongs to a literary tradition of writers who create female characters with a will toward individuality. To the last pages of Elizabeth Smart's lifelong diaries, she never stopped challenging herself to stop doubting, to live and speak her truth, even though it put her on the margins throughout her life.
Echlin brings new material to bear on this reflection, including a hundred interviews with family, friends and work colleagues, as well as never before seen letters in which Smart reflects on birth and female creativity. She highlights Smart's unwavering commitment to writing in a voice and aesthetic form that reflects authentic female creativity.

A nationalist and lifelong journalist, Barbara Moon was the author of hundreds of major articles in magazines such as Maclean's and Saturday Night and features in newspapers such as the Globe and Mail. She wrote dozens of television documentaries, among them several segments of the experimental CBC-TV Images of Canada series, and books, including The Natural History of the Canadian Shield. From 1992 to 1998, she was a senior editor for the Creative Non-fiction and Cultural Journalism Program (now called the Literary Journalism Program) at The Banff Centre. Among relevant honours, Moon held a Maclean-Hunter first prize for Editorial Achievement, the University of Western Ontario's President's Medal, and the National Magazine Foundation's Award for Outstanding Achievement. Barbara Moon died in April 2009 near her home in Picton, Ontario, after a brief illness. Kim Echlin is the author of Elephant Winter, nominated for the Chapters/Books in Canada First Novel Award and won the TORGI Talking Book of the Year Award. Her latest novel is The Disappeared. After completing a doctoral thesis on Ojibway story-telling, she travelled in search of stories through the Marshall Islands, China, France, and Zimbabwe. On her return to Canada she became an arts documentary producer with CBC's The Journal, and a writer for various publications. Don Obe is a professor emeritus of magazine journalism, a former chair of the school and founder of the Ryerson Review of Journalism. His professional experience includes editor-in-chief of The Canadian magazine and Toronto Life, and associate editor of Maclean's. From 1989 to 1999 he was senior resident editor in and, at times, the director of the Creative Nonfiction and Cultural Journalism Program (now called the Literary Journalism Program) at the Banff Centre. He won a gold medal in the National Magazine Awards for ethical writing and, in l993, his industry's highest honour, the National Magazine Award for Outstanding Achievement. He retired in 2001.

Other titles by Kim Echlin

Under the Visible Life

To Arrive Where You Are

Literary Journalism from The Banff Centre for the Arts