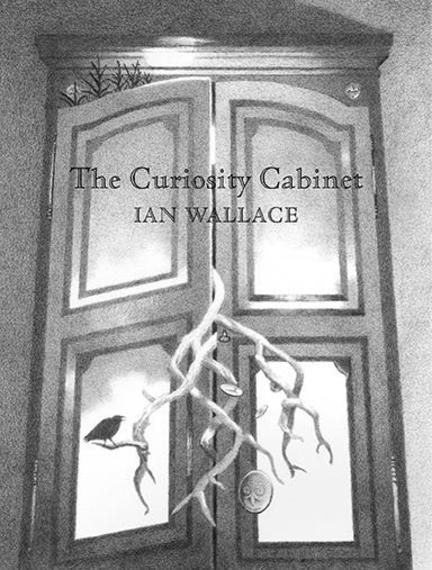 Ian Wallace, one of Canada’s best-known children’s book creators, invites us to look inside his cabinet of curiosities, which contains treasures from his decades of traveling the country from sea to sea to sea, sharing stories with young readers.

Over the past forty years, Ian Wallace has made thousands of school and library visits in tiny communities, towns and huge cities all across this land. Some of these visits have inspired young readers to become artists themselves; others have moved children to speak or act in new ways; others have simply given rise to the laughter and sheer delight that come from a good book.

In return, Ian has been the recipient of many gifts himself, from the wide range of experiences he has had to the mementos made by young children or artists in the communities he has visited. All these gifts come together in his cabinet of curiosities — an eclectic and personal collection that nonetheless represents and appreciates our rich and varied land.

Each double-page illustration shows a shelf in the cabinet dedicated to a province or territory with the gifts or special memories Ian has from that place — tamarack geese made by Cree artists in northern Ontario, a fishing-stage facade from Newfoundland, the giant Douglas fir trees in Cathedral Grove on Vancouver Island, and much more.

Always experimenting with new techniques, Ian has illustrated the entire book in delicate graphite pencil, achieving stunning light and shadow. This is a beautiful and unusual contribution to Canada’s 150th birthday.

CCSS.ELA-LITERACY.RL.K.1
With prompting and support, ask and answer questions about key details in a text.

They may be his curiosities but they are of our country and tell a story far greater than the totality of their numbers.

These illustrations … demonstrate the breadth and variety of the Canada [Wallace] has so often celebrated in his picture books.