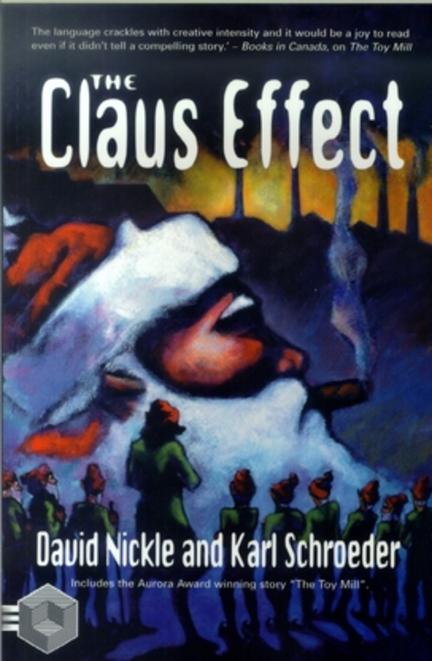 The Claus Effect is a continuation of "The Toy Mill", the 1993 Aurora-Award-winning story about a malevolent, post-industrial-revolution Santa Claus and Emily, the little girl whose wish to be a Christmas Elf nearly destroys the world. The Claus Effect takes up eights years later, when events propel teen-aged Emily and West Point cadet Neil Nyman on a breakneck journey through suburban shopping malls, Ontario cottage country, and the frigid northern wastes of the former Soviet Union - battling displaced Cossacks, blue-blooded cottagers and homicidal, down-sized elves along the way. Finally, they must face down the terrifying truth: about Christmas, the New World Order - and the Claus Effect.

Karl Schroeder was born in 1962 and was raised in Brandon, Manitoba. He has had fiction published in three of the Tesseracts anthologies, as well as On Spec magazine, Figment and the Barnes and Noble anthology A Horror A Day. Karl was president of SF Canada in 1996-97, and has twice been nominated for the Aurora Award (winning with David Nickle for “The Toy Mill? in 1993).

A Novel of Radiant Abomination

Other titles by Karl Schroeder

Virga: Cities of the Air

Sun of Suns and Queen of Candesce

Book One of Virga