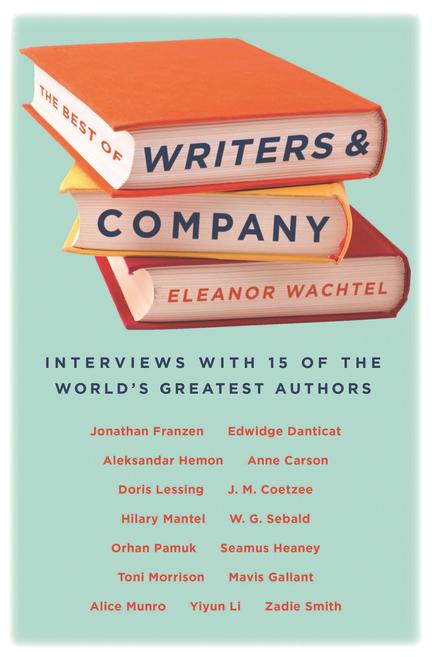 Eleanor Wachtel is one of the English-speaking world's most respected and sought-after interviewers. This book, celebrating her show's twenty-five year anniversary, presents her conversations with legendary authors like Jonathan Franzen, Alice Munro, and J.M. Coetzee, who share their views on process, the writing life, and the hazards of literary fame.

Eleanor Wachtel is a writer and broadcaster who has hosted CBC Radio’s award-winning Writers & Company since its inception in 1990 and The Arts Today since 1996. In addition to her widely acclaimed Writers & Company and More Writers & Company, she contributed to Dropped Threads and Lost Classics and has co-authored or co-edited three other books. Her work has also appeared in numerous magazines and newspapers, including Saturday Night, Maclean’s and The Globe and Mail. Among the many honours she has received in recognition of her contribution to Canadian intellectual and cultural life, she won the 2002 Jack Award for supporting Canadian books and authors. Born and raised in Montreal, where she studied English literature at McGill University, Eleanor Wachtel lives in Toronto.

Praise for The Best of Writers & Company

"Wachtel's on-air manner—gently prodding, thoughtful and encouraging—has helped her to elicit profound responses from even her most reticent interview subjects. The breadth of her research is evident in her questions, and the interviews offer readers deep insights into the authors' backgrounds, inspirations, fears, and dreams—plus, of course, the books they write ... [T]his collection in print offers readers something to hold on to ... [A] useful reference to keep alongside favorite books."—Publishers Weekly

"If I need to convince you about a book of interviews selected by Eleanor Wachtel as her best from the first 25 years of Writers & Company, I really don't know what to say to you. Do you even like books? ... Wachtel brings such dedication, integrity, curiosity and elasticity of mind to her work—it doesn't really matter whether these 15 authors are your personal favourites, because you don't know what you want to know from them until they answer [her] questions."—The Globe & Mail

"Wachtel has been doing what she does so well, and for so long, that we could get lulled into taking her for granted. A fine corrective to that possibility has arrived in the form of The Best of Writers & Company, a new anthology gathering fifteen full-length interviews with an almost embarrassingly stellar list of writers. You'd be hard-pressed to find a book of comparable scope anywhere."—Montreal Gazette

"Eleanor is much more than an interviewer: she enters into conversations, opens debates, sketches in background. She interprets and suggests, but never imposes. She projects curiosity, spontaneity, humour and goodwill. Her sense of respect, her tact, her utter lack of obsequiousness ... and her uncanny ability to ask difficult questions ... have endeared her to readers and listeners."—Carol Shields

"A gold mine — What makes Eleanor Wachtel's Writers & Company delightful to hear makes [this] collection of writerly interviews delightful to read: Wit. Intelligence. Tact. Grace."—Editor's Choice, The Globe and Mail

"An absolutely beautiful read — Wachtel is a passionate and articulate interviewer."—The Toronto Sun

"What a collection! This book, and its predecessor, should find a place as invaluable companions to modern [literature]. It's a pleasure to read, and serves as a guidepost to the world of books in our time."—The Thunder Bay Chronicle-Journal

Other titles by Eleanor Wachtel

Branching Out Magazine and the Making of Canadian Feminism

Language in Her Eye

Views on Writing and Gender by Canadian Women Writing in English