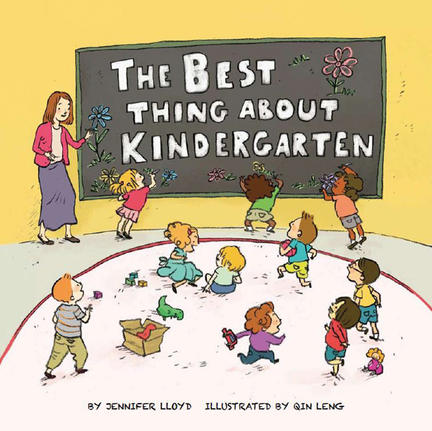 It's graduation day and Ms. Appleby asks her students, "What is the best thing about Kindergarten?" They all have an answer - and every answer is different. But Ms. Appleby has a secret answer that will surprise them all!

Jennifer Lloyd is the author of several children's books, including Looking for Loons (a Canadian Toy Testing Council Top 10 pick), Ella’s Umbrellas (an Alcuin Award for Excellence in Book Design winner, and a Rainforest of Reading and Christie Harris Children’s Literature Prize nominee), The Best Thing About Kindergarten, Taffy Time, and the Murilla Gorilla series (multiple books in the series are Alcuin Award for Excellence in Book Design winners and Canadian Children's Book Centre Best Books for Kids and Teens selections). When she is not at her writing desk, she works as a kindergarten teacher in Blainville, Québec. You can find out more about Jennifer's books at www.jenniferlloyd.ca.

Other titles by Jennifer Lloyd

Stories and Recipes that Nourish Community

Books for a New School Year