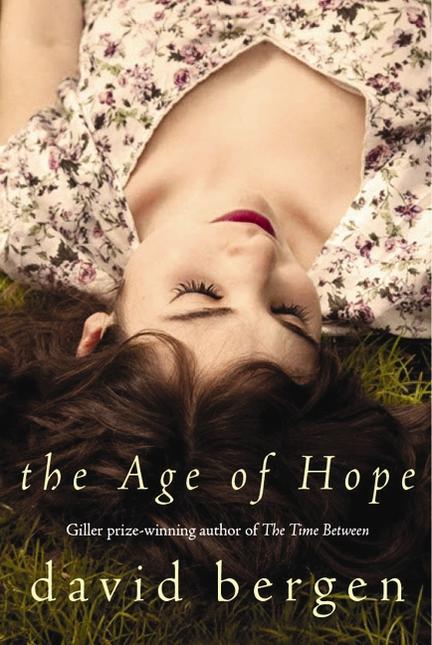 Born in 1930 in a small town outside Winnipeg, beautiful Hope Koop appears destined to have a conventional life. Church, marriage to a steady young man, children - her fortunes are already laid out for her, as are the shiny modern appliances in her new home. All she has to do is stay with Roy, who loves her. But as the decades unfold, what seems to be a safe, predictable existence overwhelms Hope. Where - among the demands of her children, the expectations of her husband and the challenges of her best friend, Emily, who has just read The Feminine Mystique - is there room for her? And just who is she anyway? A wife, a mother, a woman whose life is somehow unrealized?

This beautifully crafted and perceptive work of fiction spans some fifty years of Hope Koop's life in the second half of the 20th century, from traditionalism to feminism and beyond. David Bergen has created an indelible portrait of a seemingly ordinary woman who struggles to accept herself as she is, and in so doing becomes unique.

The Age of Hope

When Hope Plett was growing up in rural Manitoba during the 1930s and 1940s, she didn’t expect an extraordinary life. She was pretty without being beautiful, smart without being brilliant, and generally well liked by the people in her community. Her parents were different; her mother was a reader and her father an alcoholic in a town that favoured industry and sobriety, but Hope herself was relatively conventional. Other than a brief engagement that ended when her fiancé died in a plane crash, her life was ordinary, and its ordinariness suited her just fine.

Until it didn’t. Fast forward to 1960, and Hope is married to the steady, sensible Roy Koop. They have a comfortable home, three children, and another baby on the way. Life should be good, but Hope feels as though she is buckling under the fatigue brought on by the constant demands of a young family. Her friend Emily has read The Feminine Mystique and is contemplating leaving her husband, but Hope doesn’t think that’s the right solution for her. Neither is taking a nap in a field with a crying baby locked in the car, but Hope is desperate for some rest, and her reckless action guarantees her some peace.

The Age of Hope follows Hope through her conventional girlhood, harried motherhood, and into a soul-searching period where Hope learns to be comfortable in her own skin again. It’s a common enough path for many women, but not often written about with as much complexity and avoidance of overwrought drama as here. Bergen’s novel will hold strong appeal for readers of Carol Shields and Alice Munro.

This review also appears on my blog at www.theteatimereader.wordpress.com