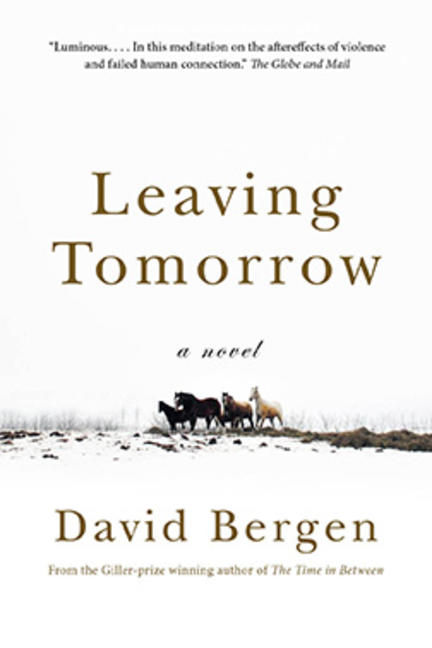 From the Giller Prize-winning author of the #1 bestseller The Age of Hope, a thoughtful, tender, often wry novel of growing up and falling in love.
In the small Alberta town of Tomorrow, young Arthur yearns for a larger life. His father prefers the love of horses and good books, while his mother is guided by practicality and her faith. Bev, his rough-edged brother, chooses action over thinking. Among them is the solitary Arthur-intelligent, curious, garrulous, romantic and at odds with his surroundings and his religion. His one ally is his adopted cousin, the fearless Isobel. Their mutual admiration for the land, for literature, for all things French and for each other sustains Arthur. When Bev goes to fight in Vietnam and returns emotionally broken, relationships within the family change and tensions between the two brothers rise. With a secret between them, Arthur leaves for Paris, where he pursues his passions for writing and women and at last claims the life he has always wanted. But dreams and reality don't always match, and it takes going away for Arthur to appreciate the push and pull of both home and love.
With his trademark elegant prose and incisive characterizations, David Bergen has created a wise and hopeful character, and an emotionally powerful story of being young and finding oneself.

“Leaving Tomorrow is pure pleasure. It doesn’t parade its wit or its wisdom but is a sensitive, perceptive and disarmingly honest bildungsroman which deserves to take its place alongside such mid-western Canadian classics as Who Has Seen the Wind and A Complicated Kindness.”

“Leaving Tomorrow is a contemplative novel full of the hope that comes with youth, but in the end it becomes clear that like life, the journey is the real destination.”

“Bergen is a master at delving into the psychology of his characters.”

The Age Of Hope