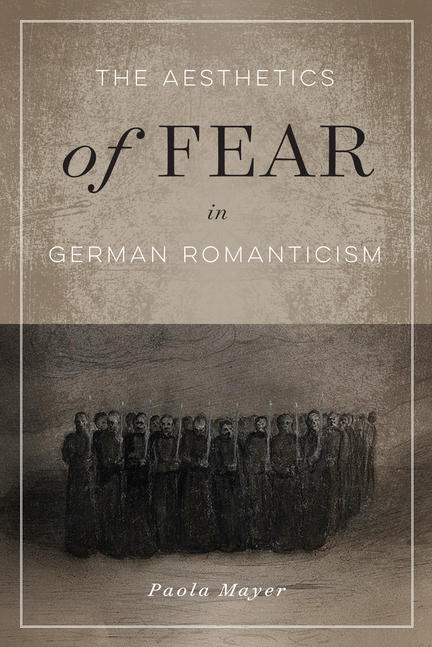 Enlightenment – both the phenomenon specific to the eighteenth century and the continuing trend in Western thought – is an attempt to dispel ignorance, achieve mastery of a potentially hostile environment, and contain fear of the unknown by promoting science and rationality. Enlightenment is often accompanied and challenged by countercultures such as German Romanticism, which explored the nature of fear and deployed it as a corrective to the excesses of rationalism.

The Aesthetics of Fear in German Romanticism uncovers the formative role this movement played in the development of dark or negative aesthetics. Recovering a missing chapter in the history of the aesthetics of fear, Paola Mayer illustrates that Romanticism was a crucial transitional phase between the eighteenth-century sublime and the early twentieth-century uncanny. Mayer puts literature and philosophy in dialogue, examining how German Romantic literature employed narratives of fear to radicalize and then subvert the status quo in society, culture, and science. She traces the development of this aesthetic from its inception with pre-Romantics such as Jean Paul Richter to its end in Joseph von Eichendorff's critical retrospective, and juxtaposes canonical authors such as E.T.A. Hoffmann – the father of the modern fantastic – with writers who have previously been ignored.

Today, when the dark side of science looms in the foreground, The Aesthetics of Fear in German Romanticism points to the power of a literary movement to construct competing currents of thought.

Paola Mayer is associate professor of European studies and German at the University of Guelph and author of Jena Romanticism and Its Appropriation of Jakob Böhme: Theosophy, Hagiography, Literature.

Other titles by Paola Mayer

Jena Romanticism and Its Appropriation of Jakob Böhme