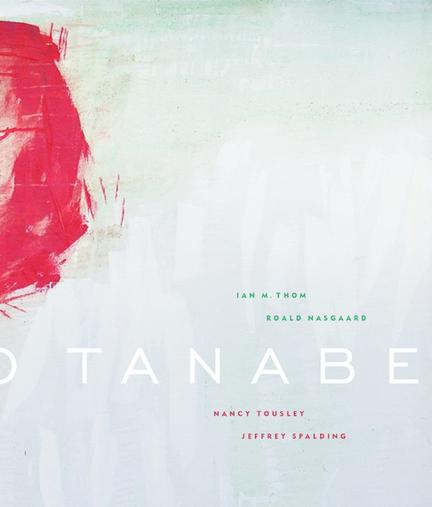 Takao Tanabe is one of Canada's most distinguished painters and teachers. His career has taken him to Europe, the United States and Japan, but his first love has always been the landscape of his home province, British Columbia. A tireless supporter of the visual arts in Canada, Tanabe is the recipient of several honorary degrees, as well as the Order of British Columbia, the Order of Canada and the Governor General's Award.

Takao Tanabe is the first major publication on this important Canadian artist. This comprehensive study of Tanabe's life and work helps to mark his position as a leading painter of his generation and one of the most significant landscape painters in Canadian art.

Ian Thom, Senior Curator-Historical at the Vancouver Art Gallery, traces Tanabe's career in a biographical essay, while his artistic development is examined in three essays by leading Canadian writers.

This book was published in partnership with the Vancouver Art Gallery.

Ian M. Thom is a Senior Curator-Historical at the Vancouver Art Gallery. Involved in Canadian art museums for more than thirty years, he has also held senior curatorial positions at the Art Gallery of Greater Victoria and the McMichael Canadian Art Collection. He has organized more than one hundred exhibitions and written numerous articles and authored or co-authored many books, including Robert Davidson: Eagle of the Dawn, Andy Warhol: Images, Art BC, E.J. Hughes, Takao Tanabe, B.C. Binning, Emily Carr: New Perspectives on a Canadian Icon and Challenging Traditions: Contemporary First Nations Art of the Northwest Coast. He lives in Vancouver, BC.

Roald Nasgaard (MA, University of British Columbia; PhD, Institute of Fine Arts, New York University), Professor of Art History, and, for the past decade, Chair of the Art Department at Florida State University, began his teaching career at the University of Guelph in 1971. In the years between, before returning to academia, he had a long and distinguished museum career. From 1975 to 1978 he served as Curator of Contemporary Art and then, until 1993, as Chief Curator at the Art Gallery of Ontario, Toronto. Among the many exhibition catalogues he authored are Yves Gaucher: A Fifteen-Year Perspective (1979); Structures for Behaviour: New Sculptures by Robert Morris, David Rabinowich, Richard Serra and George Trakas (1978); The Mystic North: Symbolist Landscape Painting in Northern Europe and North America, 1890-1940 (1984); Gerhard Richter: Paintings (1988); and Pleasures of Sight and States of Being: Radical Abstract Painting Since 1990 (2001). Other major curatorial projects at the AGO include The European Iceberg: Creativity in Germany and Italy Today (1985) and Free Worlds: Metaphors and Realities in Contemporary Hungarian Art. Nasgaard has held several Canada Council fellowships and grants as well as a Research Fellowship at the National Gallery of Canada Library and Archives (2002). He won an OAAG Curatorial Writing Award in 1991 for his essay in Individualités: 14 Contemporary Artists from France. Nasgaard was born in Denmark and is a Canadian citizen.

Nancy Tousley is an award-winning art critic at the Calgary Herald and also writes for publications such as Canadian Art, at which she is a contributing editor, and Border Crossings. She has organized exhibitions throughout Canada and contributed essays to numerous exhibition catalogues. Tousley has followed Takao Tanabe's work for more than twenty-five years.

"Douglas & McIntyre has clearly taken stock of current standards in international art-book publishing -- this is an up-to-date volume with a clean look that adds some publishing style to the mix."

"This is an elegant and long-over-due showcase of the complex work of gifted Canadian artist Takao Tanabe."

"This is not just a superbly produced book, with no expense spared on the quality of paper and colour reproduction, it is an expertly written book."

Other titles by Ian Thom

Shore, Forest and Beyond

Art from the Audain Collection

Other titles by Roald Nasgaard

Lawren Harris and His American Contemporaries

Plasticiens and Beyond, The

The Optimism of Colour

Other titles by Nancy Tousley

Other titles by Jeffrey Spalding

How to Play a Winning Game Your Natural Way