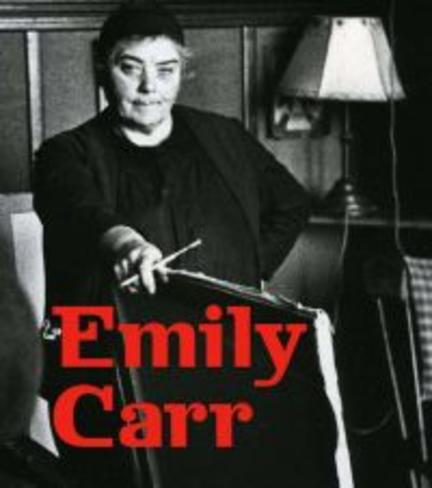 Defiant Victorian, drawn to the deep forest and the open sky. Early recorder of Northwest Coast monumental art. Painter. Writer. Humorist. Emily Carr is all of these, and she is uniue in the Canadian cultural pantheon.

We know much about Emily Carr, but what of the social and political contexts that surrounded her, that defined her image and her posterity?

Ian M. Thom is a Senior Curator-Historical at the Vancouver Art Gallery. Involved in Canadian art museums for more than thirty years, he has also held senior curatorial positions at the Art Gallery of Greater Victoria and the McMichael Canadian Art Collection. He has organized more than one hundred exhibitions and written numerous articles and authored or co-authored many books, including Robert Davidson: Eagle of the Dawn, Andy Warhol: Images, Art BC, E.J. Hughes, Takao Tanabe, B.C. Binning, Emily Carr: New Perspectives on a Canadian Icon and Challenging Traditions: Contemporary First Nations Art of the Northwest Coast. He lives in Vancouver, BC.

"Like the new exhibit this catalog puts Emily Carr's work in perspective as an important artist and a Canadian icon."

This impressive volume is a companion to the exhibition by the same title mounted by the National Gallery of Canada and the Vancouver Art Gallery. Complementing the eight essays are more than 300 colour reproductions from the 1927 Exhibition of Canadian West Coast Art, photographs, tourist brochures and maps. Carr’s early paintings of Native images are intermingled with Haida, Tsimshian and Kwakwaka’wakw masks, house posts, carvings and textiles, as well as a selection of works by artists Anne Savage, W. Langdon Kihn, and Group of Seven members Edwin Holgate and A.Y. Jackson. The reproductions of more than 150 paintings, drawings and caricatures by the artist are the focal point of the volume.

The scholarly language of the essays may be appropriate for AP Art students.

Other titles by Ian Thom

Shore, Forest and Beyond

Art from the Audain Collection