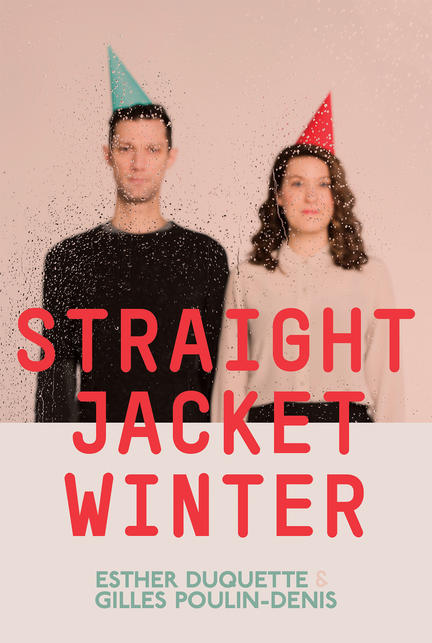 When Esther and Gilles decided to move from Montréal to Vancouver, they didn’t expect their lives to change so starkly. All they wanted was to start a new life for themselves, to find new artistic opportunities. But their new home proves to be a challenging culture shock as the young couple struggles to connect with others, navigate their language barrier, and cope with non-stop rain. These blocks become walls, cutting Gilles and Esther off from the world, and with cabin fever comes erratic behaviour. They find themselves being torn apart, divided by their yearning to go back to their old life and the desire to stay. But how long can two people be everything for each other before they lose themselves completely?

This beautiful story mixes whimsy and disturbance as a couple looks over their motivations for a fresh start, delivering a charming meditation on isolation.

Esther Duquette has been the artistic director of Théâtre la Seizième since 2016. A graduate of the Université du Québec à Montréal in journalism with a specialization in theatre and literature, she centres her practice on artistic counselling, directing, and dramaturgy. Her first play, Straight Jacket Winter, has been presented across Canada from 2016 to 2019. The recipient of the Prix Roland Mahé-Banque Nationale, Esther has also received three Jessie Richardson Theatre Award nominations for her work. She co-founded Vancouver-based company 2PAR4 in 2015, and has sat on the board of a number of artistic companies and associations since 2012. She currently lives in Vancouver.

Originally from Saskatoon, Saskatchewan, Gilles Poulin-Denis is an actor, playwright, director, translator, and dramaturg. His first full-length play, Rearview, was presented in both French and English in Sudbury in 2016. Rearview is published by Dramaturges Éditeurs and was nominated in 2010 for the Governor General’s Literary Award. Wajdi Mouawad named Gilles as one of the resident playwrights at the National Arts Centre's Théâtre français, where he developed his play Dehors. Dehors was published by L’Instant-Scène in 2017. Gilles has collaborated on numerous devised pieces such as ishow, Après la Peur, and Gabriel Dumont's Wild West Show. Gilles is the artistic director of Productions 2PAR4 and currently lives in Vancouver.

“The play provides an interesting and especially immersive take on the struggles of relocating to a city with a completely different culture and set of values.”

“I wish everyone could make art this compelling from the tough seasons in their lives. Straight Jacket Winter transforms its deeply personal source material into joyously transcendent theatre.”

Other titles by Gilles Poulin-Denis

Books for the Polar Vortex