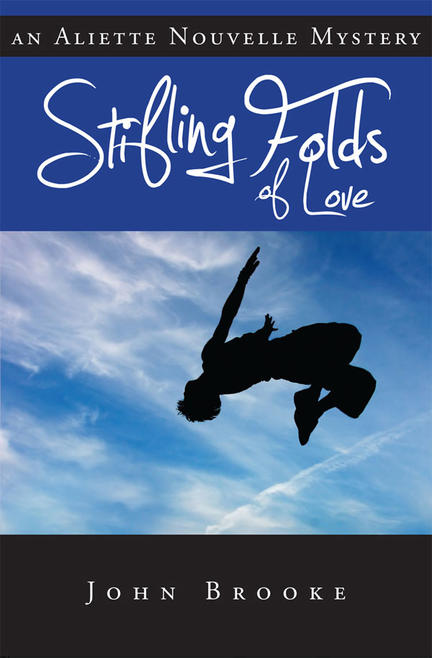 Pearl Serein is the most desired woman in town. Her lovers are the city's leading men. She breaks up marriages, and after she dumps her lovers, their careers go down the tubes. Celebrity gossip scribe Tommi Bonneau chronicles Pearl's every romantic move in the morning paper, Le Cri du Matin. And he is relentless in serving his story, keeping the ideal of romantic love amongst the rich and famous at the heart of the ongoing saga. When Pearl's ex-lovers start dying of apparent heart attacks, there is no criminal evidence, but the common fact of Pearl makes it impossible for Commissaire Claude Neon to resist investigating. Soon seven men are dead and Claude himself is in danger. When victim number seven is discovered, Pearl flees and disappears. Inspector Aliette Nouvelle, who is no fan of celebrity news, warns, advises and tries to help. But the inspector cannot prevent her commissaire from falling into trouble -- first as a suspect, then a likely next victim, finally as a pawn to bring a resolution.

The city lights began to twinkle. Inspector Aliette Nouvelle fetched herself a second beer and came out onto her balcony, where she stood at the rail in the warm night air gazing up, Piaf circling her ankles.

Thanks to Claude's secretary, Monique Sparr, she now knew that she and Pearl were neighbors. More or less. That is, inasmuch as a society queen's luxury penthouse atop a ten-story apartment building can be said to occupy common space with a single-working-girl's third-floor flat. Aliette sipped beer. Oh hell, sure they were. They shared the park. Pearl could look down at Aliette; she could gaze up at Pearl. The city was small, but the world was smaller. The inspector had spent close to nine years in her modest place beside the park, many lonely evenings staring empty-headed at the lights across the way. But she had never heard of Pearl Serein. No idea Pearl had moved in, somehow got the place (did she own it?) from a half-German noble who had designed and built it, and that lately the most interesting love affairs in the city had been going on up there. How could there have been no sign of it? 'Eh, Piaf?' You'd think the evening sky above Pearl might show a different color. Aliette could hardly see the fabled penthouse -- a hedge protected it from telescopes. All she could see was the top end of a ladder with a diving board attached. Obviously over a pool. From Aliette's low vantage, it appeared to be hanging suspended in the sky. She imagined the unseen pool. No doubt it glittered. She hoped Pearl would emerge tonight, go climbing up the tower ladder, step out under the starry night, do a swan dive...

Gazing up: There is, from one moment to the next, the ineffable notion of separate lives, unequal fates. Not much point in dwelling on it. Still, Aliette supposed Pearl was alone in her bed this night. If Pearl were not alone, everyone would know. How intolerable would that be? The inspector mused on the lot of the most sought-after girl in town. The physical thing: Would it really be better making love to Pearl Serein up there than, say... to Aliette Nouvelle, down here? Did pure height raise a man's lust factor, induce a deeper passion, a more committed heart?

Gazing up: There was the notion of angels. Was Pearl Serein a modern angel, burnished by fame and affluence, aloft in rarefied air? These days so many people seemed to need to believe in their existence. (Monique!) In meeting Pearl, Aliette had marked an isolated woman with worry in her eyes, no hint of the passionate heart. But Aliette was a woman too and the thing she saw in Pearl was obviously mirror-like. She saw natural restraint, that innate sense of privacy. Then again, a police station was not very romantic, not like a private pool high above the world. It was clear Claude Néon saw Pearl differently. Aliette had to deduce Pearl's tragically smitten loves had too. Tommi Bonneau had evoked a mundane snowball syndrome: one boy wants her so the next does too. She deduced that men felt Pearl's presence in a way she could question, criticize, but never feel.

Gazing up: Was it strictly male generated? And did Pearl nurture the mystique, creating her own exclusive solitude? Wilfully? Or instinctively? Might angel-hood be a kind of purgatory, locked in by that incessant question: Why can I not choose a man? Because it is instinctive to choose right. What impedes it? Lack of choice? That was not Pearl's problem. The pressure to make a choice, then, to choose someone and get on with life? Public pressure. Private orgasms. Aliette gazed up, wondering about Pearl's choices. Pearl's joy. Pearl's luck? She had to admit the story of Pearl and its effect presented the mysteries of love writ large -- large being the problematic word.

Aliette felt her own choice was more of an inevitable meeting of souls. Clumsy, diffident souls. In finally finding each other, their separate bodies had been surprised, delighted, and continued to be. A bit of a miracle after all that time alone under the scrutiny of curious eyes. The inspector had made it quite clear to this possible other half that they would live their nascent love away from expectations, unknown. (She hadn't even told her mother). We are not a story, monsieur. If the private chemistry of love takes, their hearts will merge. That was the hope. The silent hope. But it would take time and you had to let it. The inspector deduced that Pearl hoped silently as well.

No, she did not envy Pearl Serein.

It has been 10 years since John Brooke's last Aliette Nouvelle mystery, and that is far, far too long. Brooke is easily one of Canada's best crime writers, and this series, set in the environs of Strasbourg (the far environs) at France's eastern border, is a real delight. Nouvelle is a strong character with a charming voice, but the books would not be as good if it were not for Commissaire Claude Neon and his extremely French police team. We are in Fred Vargas territory here.

There are several dead bodies, all well-known celebrities, all ex-lovers of the town's near-legendary femme fatale, Pearl Serein. Just what makes Pearl irresistible is as mysterious as the heart attacks that finished off her lads. When Neon himself appears to be next on the list, or at least close to next, Aliette Nouvelle has to take charge of the mess already dubbed "the Pearl Effect."

This is a smart, sophisticated mystery with lots of Gallic verve. Definitely the best of a very good series.