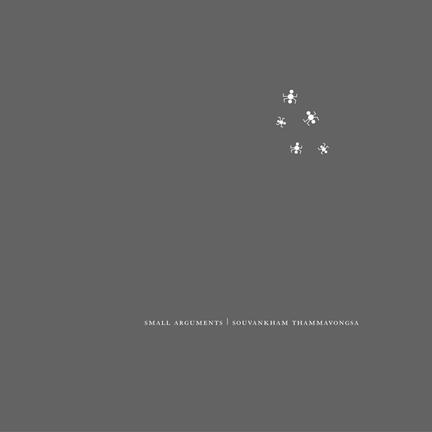 Reminiscent of Pablo Neruda's Elemental Odes, Small Arguments is a stunningly original debut by a gifted young poet. The language of Small Arguments is simple yet there is nothing simple in its ideas. The work touches on the structures of argument, orchestrating material around repetition, variation and contrast. Thammavongsa's approach is like that of a scientist/philosopher, delicately probing material for meaning and understanding. The poet collects small lives, and argues for a larger belonging: a grain of dirt, a crushed cockroach, the eyes of a dead dragonfly. It is a work that suggests we can create with what we know and with that alone. || "This is the voice of a pilgrim, the one who bends to see, leans to hear... Thammavongsa has distilled her meaning from her details so masterfully and with such confident wisdom that she seems to be reading nature. Through her eyes, we can believe we see the true meaning in things." - Anne Michaels"A formidable work." - George Elliot Clarke

Lousy With It (by Claire Tacon)