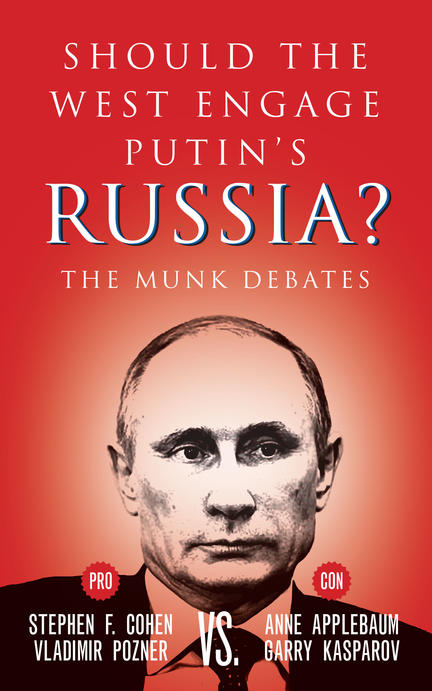 How should the West deal with Putin’s Russia? For the U.S. and some European powers the answer is obvious: isolate Russia with punishing economic sanctions, remove it from global institutions such as the G8, and arm the nations directly threatened by Putin. In short, return to the Cold War doctrine that froze Soviet aggression in Europe and helped bring about the collapse of communist Russia. Others argue that such a policy is a dead end. Putin’s Russia has legitimate grievances against Western and NATO powers meddling in its sphere of influence. Instead of further antagonizing Putin and risking a dangerous escalation of the current conflict, the U.S. and Europe should seek common cause with Russia to address shared threats, from the Middle East to Asia to combatting terrorism.

STEPHEN F. COHEN is Professor Emeritus of Politics and Russian Studies at Princeton University and Professor Emeritus of Russian Studies and History at New York University. He is the author of a number of widely acclaimed books on Russia, including Bukharin and the Bolshevik Revolution: A Political Biography; Rethinking the Soviet Experience; and most recently Soviet Fates and Lost Lives: From Stalinism to the New Cold War. His new book Why the Cold War Again? will be published later this year. Cohen is also a contributoring editor to The Nation magazine and his articles have appeared worldwide.

VLADIMIR POZNER is a veteran journalist and bestselling author. He is the host of the top-rated weekly current affairs program on Channel One — Russia’s largest TV network. Named the “Voice of Moscow” by CNN, he is a regular commentator on Russia and the Cold War in Western media. He is also the author of a number of bestselling books, including Parting with Illusions and Eyewitness: A Personal Account of the Unravelling of the Soviet Union. Pozner has won multiple awards, including three Emmy certificates and nine TEFY awards.

ANNE APPLEBAUM is a journalist and leading expert on Russia. She was a member of the editorial board of the Washington Post between 2002 and 2006 and her writing has appeared in the New Yorker and the New Republic, among others, and she is the author of several books about central and eastern Europe, including Gulag: A History, which won the 2004 Pulitzer Prize for Nonfiction. Her foreign affairs column appears biweekly in the Washington Post and Slate, and is syndicated around the world. Applebaum is currently the director of the Transitions Forum at the Legatum Institute.

GARRY KASPAROV came to international fame as the youngest chess champion ever in 1985 at the age of twenty-two. He broke Bobby Fischer’s rating record in 1990 and his own peak rating record remained unbroken until 2013. He retired from competitive chess in 2005 to join the vanguard of the Russian pro-democracy movement, and founded the United Civil Front, and organized the Marches of Dissent to protest the repressive policies of Vladimir Putin. Kasparov has been a contributing editor to the Wall Street Journal since 1991 and is a frequent commentator on politics and human rights.

Other titles by Stephen Cohen

Other titles by Anne Applebaum

From a Polish Country House Kitchen

90 Recipes for the Ultimate Comfort Food