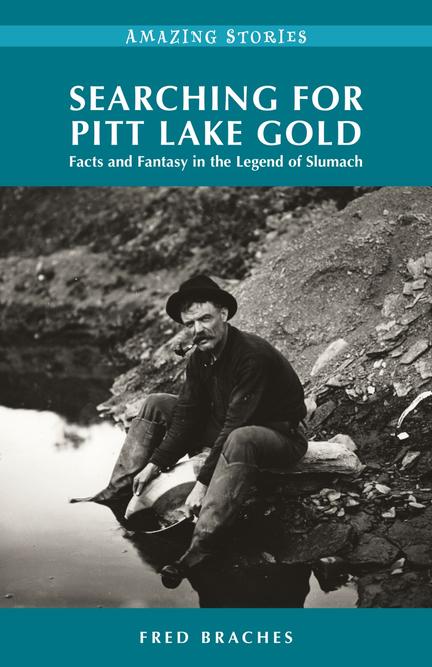 A smart, concise analysis of the legend of Slumach’s Gold, which strives to uncover the truth behind this mythical gold deposit said to be hidden north of Pitt Lake.

British Columbia is gold country, and with gold comes legends that have been passed down through the generations. Ever since the Fraser Canyon gold rush, prospectors and adventurers have been looking for a mysterious, exceedingly rich gold deposit in the watershed of Pitt Lake, first mentioned in a small newspaper entry in November 1869. Over time, as the story spread, the man at the centre of this legendary gold start was endowed with the identity of Slum.ook, better known as Slumach, a Katzie man who was ultimately hanged in 1891 for shooting and killing another man in anger. The legend of the gold grew into that of an exceedingly rich deposit known as “Slumach’s gold.” This book presents, unravels, and dissects the legends of the gold of Pitt Lake, and tells the stories of some of the daredevils and venerable prospectors who searched for the mythical gold at their peril.

Fred Braches is an avid historian and researcher. After hearing all of the lore about Slumach’s Gold, he resolved to separate fact from fiction once and for all. He appeared on the History TV series Curse of the Frozen Gold (2015).