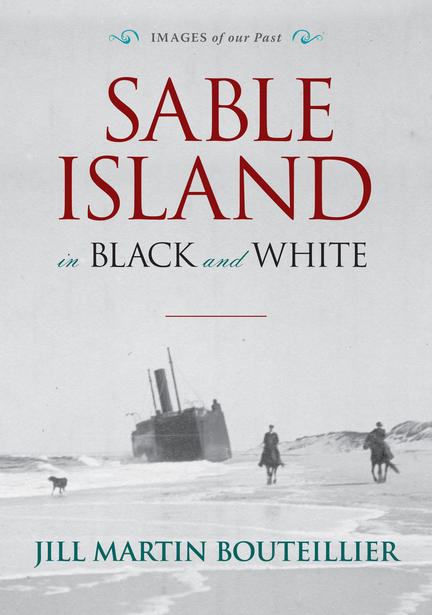 The newest addition to the Images of Our Past series, Sable Island in Black and White is a fascinating look at day-to-day life on Nova Scotia's most secluded outpost during the nineteenth century. Travel back in time to 1884 when author Jill Martin-Bouteillier's great aunt, Trixie, was growing up on this isolated spit of sand 160 kilometres from the North American mainland. Trixie's father, Robert Jarvis (R. J.) Bouteillier, was Sable Island's superintendent, acting on behalf of the Nova Scotia government as lawmaker, doctor, dispenser of stores, and, most importantly, head of lifesaving.

This narrative history accented by more than 100 black and white family photographs of the island's famous shipwrecks, wild horses, and visitors tells the incredible true story of a stalwart group of ordinary people who called Sable Island home.

Jill Martin Bouteillier is the author of Return to Sable and was a consultant-historian for the National Film Board and White Gate Films. She worked on educational committees in BC and NS both developing and marking provincial exams. For many years she was an educator on Nova Scotia's South Shore, serving as the last principal of Lunenburg Academy. She lives in Lunenburg with husband, Carl, and resident cock pheasant in a home overlooking the mighty Atlantic.

Other titles by Jill Martin Bouteillier

From Thistles to Cowpies

Armed with little more than hope and lots of grit, still the homesteaders came