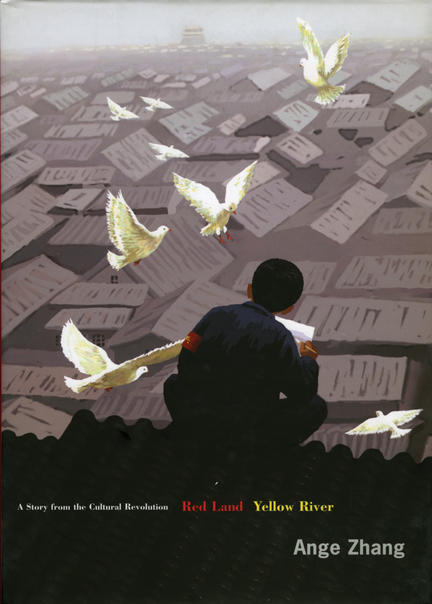 The amazing, dramatic, and painful autobiographical story of Ange Zhang as he came of age during the Cultural Revolution in China.

When Mao’s Cultural Revolution took hold in China in June 1966, Ange Zhang was thirteen years old. His father was a famous writer. Shortly after the revolution began, many of Ange’s classmates joined the Red Guard, Mao’s youth movement, and they drove their teachers out of the classrooms.

But in the weeks that followed, Ange discovered that his father’s fame as a writer now meant that he was a target of the new regime. When his father was arrested, he began to question everything that was happening in his country. Finally, Ange was forced to join many other young urban Chinese students in the countryside for re-education where he found the emotional space to develop his own artistic talent and to find that he, like his father, was an artist — except that Ange’s talent lay in painting and drawing.

This dramatic, painful autobiographical story is complemented by photographs, many drawn from Ange’s personal collection, as well as a non-fiction section that explains the historical period and is also illustrated with archival images.

CCSS.ELA-LITERACY.RI.6.7
Integrate information presented in different media or formats (e.g., visually, quantitatively) as well as in words to develop a coherent understanding of a topic or issue.

ANGE ZHANG has illustrated many books for Groundwood, most notably his memoir of growing up during the Cultural Revolution, Red Land, Yellow River, which won the Bologna Ragazzi Award. A former designer for the National Opera Theater in Beijing, he now works as an animation artist. He lives in Toronto.

Although presented in picture-book format, this is a sophisticated personal reflection on the Cultural revolution...

Bulletin of the Center for Children’s Books, STARRED REVIEW

[A] moving account of a youngster swept up in the revolutionary fervor and then beginning to question its goals...

This is a fantastic book filled with emotionally poignant artwork, family photos, and narrative and non-fiction text. The audience is compelled to become immersed in the story.

[A] breathtaking memoir...Red Land, Yellow River is an extraordinarily powerful recounting of a teen's experience of China's cultural revolution.

On nearly every page, Zhang's distinctive artwork opens a window into his past. At times painterly, at times reminiscent of silk-screened posters, his computer-assisted illustrations are beautifully composed and often dramatic.

[An] intense autobiography, written matter-of-factly but with deep feeling...Ange's story will resonate with preteen readers; he shows that not even oppression can squelch individuality - a stirring message of hope.

Other titles by Ange Zhang

A Song for China

To the Mountains by Morning /hc