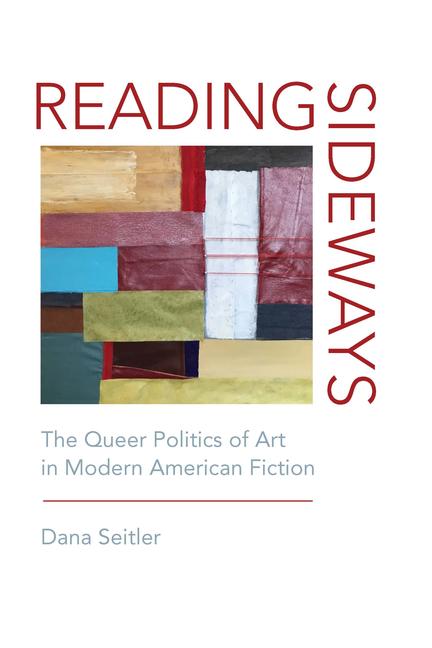 Reading Sideways explores the pivotal role that various art forms played in American literary fiction in direct relation to the politics of gender and sexuality in works of modern American literature. It tracks the crosswise circulation of aesthetic ideas in fiction and argues that at stake in the aesthetic turn of these works was not only the theorization of aesthetic experience but also an engagement with political arguments and debates about available modes of sociability and sexual expression. To track these engagements, its author, Dana Seitler, performs a method she calls “lateral reading,” a mode of interpretation that moves horizontally through various historical entanglements and across the fields of the arts to make sense of—and see in a new light—their connections, challenges, and productive frictions.
Each chapter takes a different art form as its object: sculpture, portraiture, homecraft, and opera. These art forms appear in some of the major works of literature of the period central to negotiations of gender, race, and sexuality, including those by Henry James, Davis, Willa Cather, Du Bois, Sarah Orne Jewett, and Mary Wilkins Freeman. But the literary texts that each chapter of this book takes as its motivation not only include a specific art form or object as central to its politics, they also build an alternative aesthetic vocabulary through which they seek to alter, challenge, or participate in the making of social and sexual life. By cultivating a counter-aesthetics of the unfinished, the uncertain, the small, the low, and the allusive, these fictions recognize other ways of knowing and being than those oriented toward reductively gendered accounts of beauty, classed imperatives established by the norms of taste, or apolitical treatises of sexual disinterestedness. And within them—and through “reading sideways”—we can witness the coming-into-legibility of a set of diffuse practices that provide a pivot point for engaging the political methods of minoritized subjects at the turn of the twentieth century.

Dana Seitler is Associate Professor of English at the University of Toronto. She is the author of Atavistic Tendencies: The Culture of Science in Modern America.

Reading Sideways teaches us how to read dialogues between art objects and artistic fields in ways that remind us of why the humanities matter: because the friction between artistic media and our encounters with art estranges what we think we know about ourselves and our attachments. Radiantly written, it is itself both a powerful theory of aesthetics and an aesthetic object worth our deep engagement.---Elizabeth Freeman, University of California, Davis,