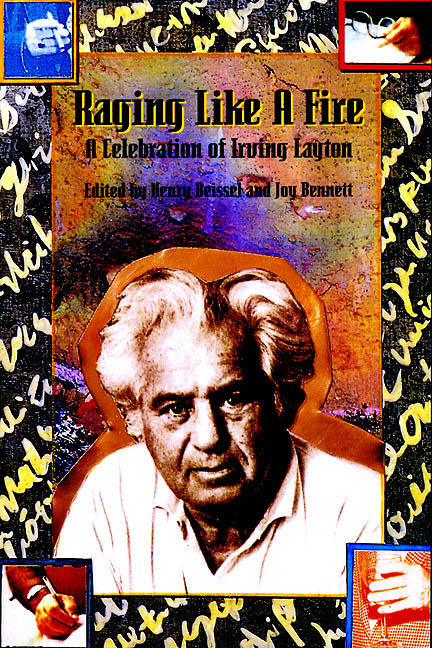 An entertaining collection of memoirs, historical and critical essays, letters, poems, and tributes?all honouring one of Canada's finest poets. Irving Layton was one of a handful of Canadian poets that led the charge, in the 1940s and 1950s, which pulled Canadian poetry, kicking and yelling, into the modern age. The freshness of Layton's poems struck a responsive chord; he was iconoclastic, controversial, opinionated, and bigger than life. His vigorous work became the inspiration for a generation of poets. This festschrift includes contributions by Jack McClelland, Ralph Gustafson, John Robert Colombo, Moses Znaimer, David Solway, Roy MacSkimming, Ann Diamond, Elspeth Cameron, Douglas Lochhead, Gary Geddes, Fred Cogswell, Mervin Butovsky, George Woodcock, Wynne Francis, Robert Creeley, and Raymond Souster. Raging Like a Fire honours Irving Layton and celebrates his great passion for literature, and life.

Henry Beissel is a poet, playwright, fiction writer, translator and editor with well over 30 books published. Among his 23 collections of poetry are his epic Seasons of Blood and the lyrical Stones to Harvest. As a playwright he came to international fame with Inuk and the Sun, which premiered at the Stratford Festival in 1982 and has been translated into many languages and produced internationally. His most recent books of poetry include Fugitive Horizons, which engages the world of modern science; his celebration of our land and its people in Cantos North, which was republished in a bilingual English/French edition for the 150th anniversary of Canada. Henry is Distinguished Emeritus Professor at Concordia University (Montreal) where he taught English Literature for thirty years and founded a flourishing Creative Writing Program. He now lives with his wife, Arlette Francière, the painter and literary translator, in Ottawa.

Other titles by Henry Beissel

What If Zen Gardens