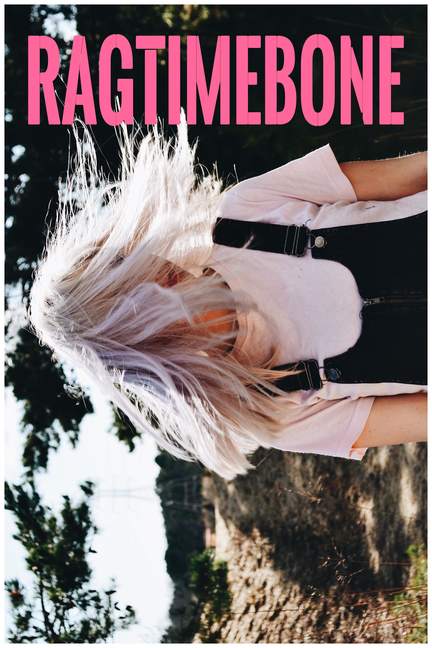 “a sort of Northern Gothic, with attitude.”

Four childhood friends come of age in this fabulously told tale of small-town life. Rita, Sage, Pearce and Eddie are discovering love with all its horror and beauty in an intolerant world that sets up ridiculous standards of normality and brutalizes those who don’t conform.

Rita starts to follow her right after she breaks up with Pearce. Every time Sage turns around, there she is. Rita knows she is no Pearce Winthrop; she can't climb trees and she hates heights. She's scared to climb, but she adores Sage.

Sage doesn't give a shit about how she looks. Doesn't wear the standard cool-girl jeans with baby-coloured angora sweaters. She wears a boy's denim jacket with its sleeves rolled up. Faded jeans, not pre-torn in a factory, and unlaced burgundy Doc Martens. She listens to weird music, jazz that sounds like dogs barking. Rolls her own cigarettes and smokes where anyone can see her. Sage has no sullen father to embarrass her with his naked mistress in a drawer. Has a mother who is, everybody knows, as good as any man.

Rita sticks close to her for a while before Sage deigns to talk to her. "What do you want from me?" she barks. “You're like some dog in heat or something, the way you wander around behind me."

"I like you," Rita says bravely. "I want to be your friend."

Sage stomps her boot hard against the pavement, and shakes her fist in Rita's moonstruck face. "Get lost!” she yells.

But Rita just stays there, does not shrink back, does not falter. "I'm going to be your best friend," she says. “Your very best friend, whether you like it or not."

“Imagine the energy of early Marge Piercy novels linked to a much darker and more mature sense of the hidden rooms where desire, power, sexism and hallucinations intersect – a sort of Northern Gothic, with attitude.” Tom Sanborn, Xtra! West

“A complex web of relationships and sexual discovery, compelling in its drama, moving in its honesty, and satisfying in its outcome. Mystery, loss, love, desire … Rita, Sage, Eddie and Pearce are boldly coming of age in this compelling story about sexual awakening, growing up, and determining their places in the world. D'anna is able, quite radically, to locate the burning itch at the centre of young women's sexuality.” Books in Canada

"The sex scenes are what distinguish RagTimeBone. D’anna has a deep sense of what is both torrid and complex about coming of age, and an understanding of the fluidity of sexual allegiance. She is able to locate the burning itch at the centre of young women’s sexuality.” Lynn Crosbie, The Globe and Mail

"The sex scenes in Lynnette D'anna's novel, RagTimeBone, are not only steamy, they're visual and visceral. The astonishing thing is that they're written in such a sparse, economic style, that one wonders how so few words can create such graphic scenes." Ruth Raymond, Lies

"D'anna explores the nature of romantic love and all its horrors in a style that acknowledges the complexity of the issue, yet her writing is remarkably lean and sharp." Quill & Quire

“Author Lynnette D’anna has braided the lives of three women growing up in a small town into an intelligent, emotionally percussive and almost allegorical novel about love corrupted and love redeemed.” Prairie Fire Magazine

Sing Me No More