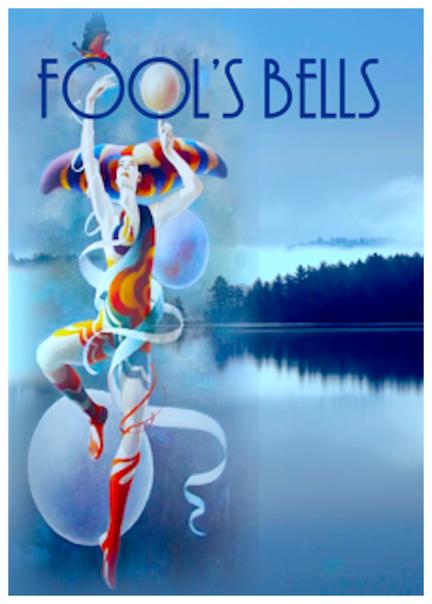 Calling on her Spirit Guides, Sra battles the four elements on a mystical quest that takes her underground through tunnels, up through frantic cities and along a churning river, overcoming danger, deceit and treachery to find the elusive truth that can set her free.

Here there is infinite space, space forever. But to have had the will to survive a winter, that is something else. Monochromes must have come in spring. Stayed the summer and then winter must have hit them like a shovel. Once the water froze, there would have been no way out for them. Even so, they would not have expected it to last and last the way it does. Many would have died before first thaw, of disease, starvation, or hypothermia, or they might have been buried by the snow, their breathless mouths full of it, with no discovery until the spring.

When sun lays thick and flat along the horizon she stops, spreads out her sleeping bag, and sits on it to remove her boots. Wind collects against her skin reminding her of Imp. Off in the sunset Drummer thumps a melancholy riff while Fool flops down just up ahead, bells tinkling mournfully. If there was a track she could run. It's been too long because the riverbank is not clear enough for running. Wild running with wind beating through her hair and oxygen filling up her lungs. Much more satisfying than this repetitious plodding, one foot and then the other all the way. Branches crackle and she pivots quickly. Nothing moves, nothing speaks.

"Creature!" she calls out sharply.

“The author’s elegant writing crosses deftly back and forth over the terrain of fiction, poetry and creative documentary. Her poetic sensibility infuses this book with a fragile beauty. A moving account of the betrayal of innocence.” Patricia Seaman, Globe and Mail

“D’anna’s lyrical prose ties together the lives of three women in a nearly hallucinogenic chronicle of struggle and self-discovery. Her unique thematic strategy, drawing largely from Tarot lore, draws the reader into the inescapable truths that haunt the souls of her three very different principle characters.” FictionDB

“The stories move effortlessly from one woman to the next, flowing in a dream-like fashion. D’anna’s facility with language always shines through, illuminating, informing, rich with poetry. She shows herself to be an artist of considerable talent.” Leslie Sheffield, Rhubarb

“Employing simple and stunningly lovely prose to illuminate the frightening worlds she describes, D’anna weaves from the lives of three women an intricate and poetic tale. The separate stories of Sra, Baby and Naomi take shape in chapters mirroring the four elements: water, fire, earth, air. D’anna manages to describe devastating events with language that is clear as a fool’s bell. Fearlessly honest, this novel is a paradox, using exquisite prose to tackle horrifying issues.” Publishers Weekly

“D’anna has proved herself a skilled and passionate writer. Fool’s Bells is a compelling, poetic and hopeful work of fiction.” Sharon Chisvin, Winnipeg Free Press

“To read a Lynnette D’anna novel is to move slowly past an accident scene: it’s impossible to pretend it holds no fascination. But we don’t get just to glide by safely; we’re forced out of the car for a close look that’s too real to forget.” Karen McElrea, Prairie Fire

“Fool’s Bells is as disturbing as it is unforgettable. D’anna’s writing is definitely prose but with a lyrical feel about it. Drawing heavily from Tarot mysticism, much of the novel is almost surreal.” Paula E.Kirman, Suite 101

Sing Me No More