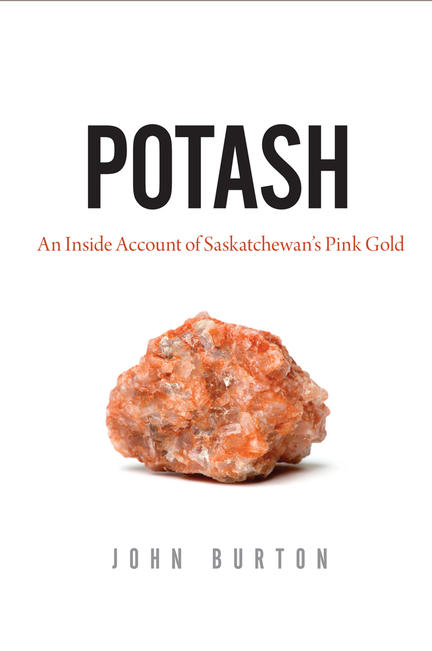 Did Saskatchewan give away the goose that laid the golden egg?

When it comes to potash, John Burton claims we did. And he asks, where is the money for the natural resource going now?

In Saskatchewan, politics and potash are inextricably intertwined. The province is the world's largest producer of potash and the industry plays a significant role in the provincial economy.

With global markets in upheaval, this book questions the ownership of natural resources and asks if average citizens are receiving a fair share of profits.

An insider who helped nationalize the industry in the 1970s, John Burton expertly integrates behind-the-scenes accounts of the major players, archival material, and interview sources to produce a book that cuts through the bull to add to our understanding of the world's greatest fertilizer.

John Burton grew up on a farm in Saskatchewan, studied at the University of Saskatchewan and the London School of Economics, was elected to Parliament, and played a major role in Saskatchewan's 1975 decision to acquire potash-producing facilities. He was a member of the Board of Directors of the Crown-owned Potash Corporation of Saskatchewan from 1975 to 1982.