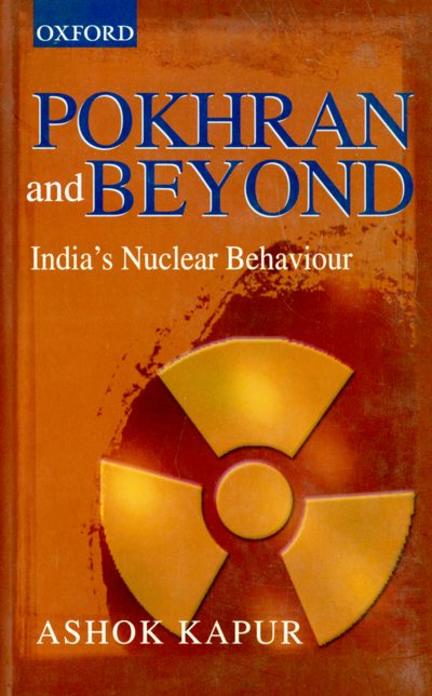 The series of nuclear tests by India in May 1998 has been a major event with its impact continuing on international non-proliferation and nuclear, as well as missile proliferation, arenas. In this book, Ashok Kapur argues that the Indian tests were not so much as a recent and sudden response, but are a culmination of a long delayed response to what Indian policy-makers saw as provocative behaviour by China, the United States of America, and Pakistan, among others, in Indiaand#8217;s strategic neighbourhood and international sphere. Using a historical approach, the author explains the origins and trajectory of Indiaand#8217;s nuclear diplomacy and nuclear science in the context of its domestic politics and challenges to its interests and values that have emerged in its regional and international environment. In the said context, the author brings out the evolving and dynamic relationship between Indian science, state and military, and society. In fact, elements of both reactivity a nd proactivity have characterized Indian nuclear behaviour, the policy implication of which, the author argues, is that proactivity, not reactivity, is required to maintain its nuclear deterrent and to participate, with a forward looking globalist outlook, in the international strategic discourse among major and minor powers in the world today. Written lucidly, this topical work will generate interest among Indian, Pakistani and Western academic and policy circles, as well as among journalists and informed general readers.