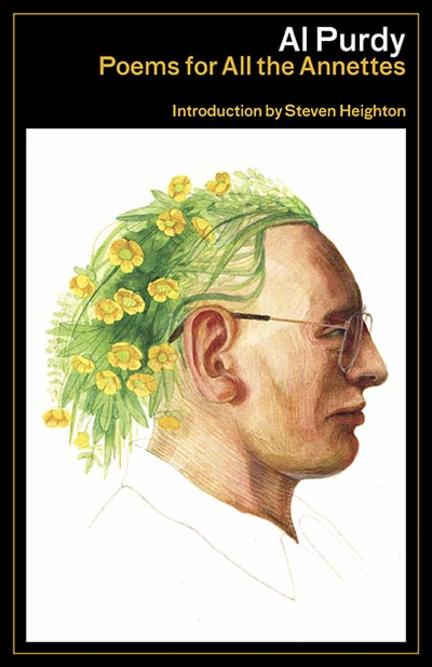 Originally published by Contact Press in 1962, then later by House of Anansi in 1967, and again in a revised, expanded edition in 1972, Poems for All the Annettes stands as one of the essential documents of the great Al Purdy’s career. So many beloved poems are here—"At Roblin Lake," "At the Quinte Hotel"—but also so many undiscovered gems and treasures. It is at once the perfect introduction to this remarkable poet’s work and a collection rich and deep enough to satisfy even the experienced Purdy fan. This edition reproduces the final, expanded text of the 1972 edition, and features a brilliant new introduction by poet and novelist Steven Heighton, who knew Purdy well.