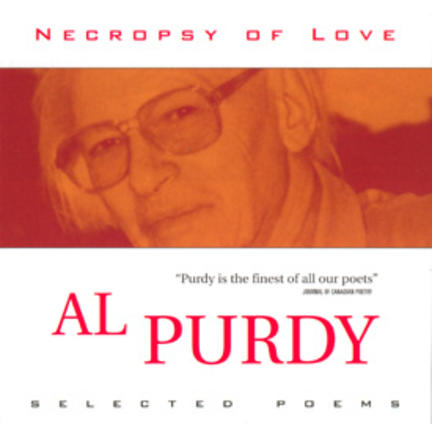 Al Purdy's Necropsy of Love is a stunning audio collection of poems written and read by Canada's greatest lyric poet.

When Purdy passed away in April, 2000 he left behind not only the huge gift of his writing, but literally of his own voice captured on this wonderful recording. The poems are interspersed with fascinating interview segments, making Necropsy of Love a necessary addition to any library of Canadian literature.

Old fans will appreciate the memory of the man and his work, while for the uninitiated this CD recording serves as an excellent introduction to one of our finest poets.

“ The disc's highlights include some of the finest lyric poems written in the annals of modern Canadian literature.”