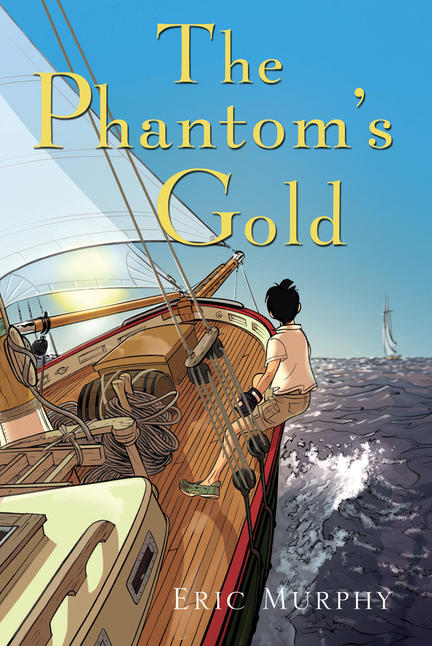 Thirteen-year-old William McCoy's life changed forever a year ago when his father died. Now, his mother is moving on.but William still wants to hold on to the past. He sneaks out one night and takes a bus to Lunenburg, Nova Scotia-his father's home town.

But reuniting with his dad's family means more than just spending time with his grandparents and cousins; he also encounters the spirit of his great-grandfather, Bill "The Real" McCoy, a notorious rum-rummer who has been dead for more than seventy-five years.

With his mother in Toronto fretting about his safety, and his extended family in Nova Scotia struggling to save their home, William takes to the seas in a high-stakes schooner race with more than money at stake; his family, his father's memory, and the legacy of The Real McCoy are on the line.

Eric Murphy spent summers sailing the Ottawa River. After writing his M.A. thesis in Quebec City, he worked in New York and Paris. He sails when visiting relatives in Halifax, and in Toronto where he lives with his family and their Jack Russell, Fitzroy. Eric works as an actor and writer. His previous sailing adventures, The Phantom's Gold and The Dead Man's Boot, have been popular with readers and tourists in Canada and the United States. The Phantom's Gold was a Resource Links Year's Best of 2013 selection, and was shortlisted for the 2015 Manitoba Young Readers' Choice Award.

“This connection between fictional and real characters is artfully constructed; readers learn not only about sailing, but also a bit about 1920s Canadian history. There is so much right about this novel – seamanship, history, narrative – that I would highly recommend it to any young readers.” Rated E for Excellent

Other titles by Eric Murphy