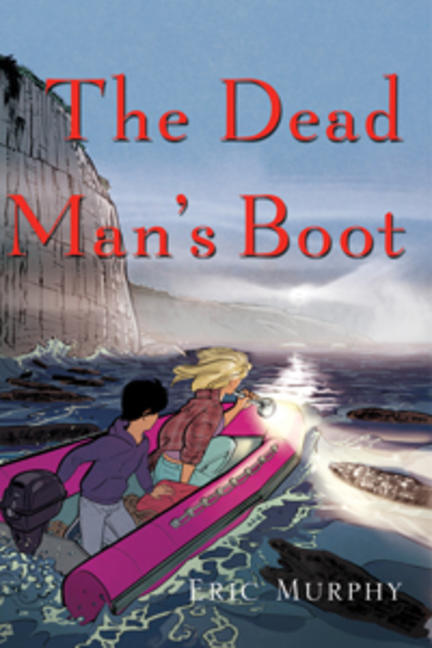 When leatherback turtles start washing up on Nova Scotia’s South Shore, thirteen-year-old Will is alarmed. The deaths seem to be the result of loud underwater explosions Will has been hearing — but who and what are causing these explosions? And could there be a connection to the local ship-wreckers who endanger lives in their reckless efforts to plunder disabled boats?

Theories abound, but no one can solve the problem, not even his cousin Harley, because she’s too busy at the sail shop. So Will takes it upon himself to investigate, only to end up accused of murder when one of the wreckers, a one-legged man, is found hanging in his presence. But Will is not alone in trying to right wrongs; he has the ghost of “The Real” McCoy — his great-grandfather and legendary American rumrunner — who helps him navigate perils in this high-speed adventure on land and sea.

This dramatic follow-up to the popular The Phantom’s Gold reunites readers with Will and Harley as they try to defend the wildlife, the environment, and their family and neighbours in the historic town of Lunenburg.

Eric Murphy spent summers sailing the Ottawa River. After writing his M.A. thesis in Quebec City, he worked in New York and Paris. He sails when visiting relatives in Halifax, and in Toronto where he lives with his family and their Jack Russell, Fitzroy. Eric works as an actor and writer. His previous sailing adventures, The Phantom's Gold and The Dead Man's Boot, have been popular with readers and tourists in Canada and the United States. The Phantom's Gold was a Resource Links Year's Best of 2013 selection, and was shortlisted for the 2015 Manitoba Young Readers' Choice Award.

“Will is an appealing character (when he isn’t being naïve about the Porche owners’ intentions) and his developing friendship with Colby, a local boy who has Asperger’s, is a welcome addition to this story. Recommend to fans of the first book as well as those looking for Atlantic Canada high adventure.”

Other titles by Eric Murphy