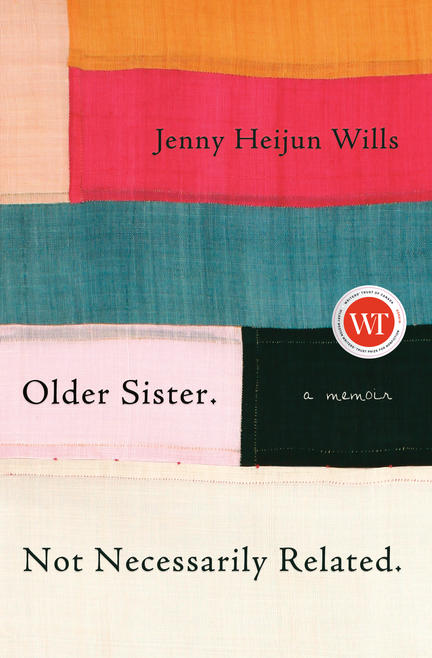 Winner of the 2019 Hilary Weston Writers' Trust Prize for Nonfiction
A beautiful and haunting memoir of kinship and culture rediscovered.

Jenny Heijun Wills was born in Korea and adopted as an infant into a white family in small-town Canada. In her late twenties, she reconnected with her first family and returned to Seoul where she spent four months getting to know other adoptees, as well as her Korean mother, father, siblings, and extended family. At the guesthouse for transnational adoptees where she lived, alliances were troubled by violence and fraught with the trauma of separation and of cultural illiteracy. Unsurprisingly, heartbreakingly, Wills found that her nascent relationships with her family were similarly fraught.

Ten years later, Wills sustains close ties with her Korean family. Her Korean parents and her younger sister attended her wedding in Montreal, and that same sister now lives in Canada. Remarkably, meeting Jenny caused her birth parents to reunite after having been estranged since her adoption. Little by little, Jenny Heijun Wills is learning and relearning her stories and those of her biological kin, piecing together a fragmented life into something resembling a whole.

Delving into gender, class, racial, and ethnic complexities, as well as into the complex relationships between Korean women--sisters, mothers and daughters, grandmothers and grandchildren, aunts and nieces--Older Sister. Not Necessarily Related. describes in visceral, lyrical prose the painful ripple effects that follow a child's removal from a family, and the rewards that can flow from both struggle and forgiveness.

JENNY HEIJUN WILLS was born in Seoul, South Korea and was adopted and raised in a white family in Southern-Ontario, Canada. In 2008 she reunited with her family in Asia. She's lived, studied, and worked in Toronto, Montreal, Boston, and Seoul and holds a PhD in English Literary Studies. She currently teaches at the University of Winnipeg in Manitoba.

Minutes after I was born, my grandfather—that is, my father's father—gifted me a name. Then he signed a contract that struck me from the family registry. That ripped me away from my mother as she frantically counted my wrinkled and already-reaching fingers and toes. She pressed her mouth to my wet hair only once before I was taken away, what remained of the salty wax slip of her own insides thick and earthy on her lips.

For thirty years (and still to this day in the mouths of most), my name was replaced by one so expected it might have been Jessica or Meghan or Kimberley. Names of varying degrees of impossibility to Korean speakers. Mine is a name that I answer to, but that I wear only because I'm accustomed to it. Because others are accustomed to it. Not because it suits me. Early on, I was scrubbed until my skin turned pink. I was programmed to speak English, then French, and to place my fork and knife side by side on my plate when I had finished eating. I disappeared into a life of cream-of-mushroom casseroles, Irish setters, and patent leather Sunday school shoes. I was buried under Bach concertos, feathered bangs, and maple sugar candy until my own mother wouldn't have recognized me.

But of course I couldn't stay missing forever, and around 2009, I was reborn somewhere in the dusky November mountains of Seoul. I came back to life with a long wooden spoon in one hand and flat silver chopsticks in the other. I came back when my Korean father called me by name, when my Korean mother called me daughter. When my youngest sister called me unni, older sister, and I understood what that meant.

I learned by mimicking others. I tried to fall in line with a culture practised by people who use given names only for those younger than themselves. I peeled giant apples in one long curl. I recognized spiciness by the redness in the bowl. I came back to life when all the ginkgo berries had fallen and the entire ountry of South Korea was filled with their cutting scent. I came back to life when all that remained were persimmons clinging to bare branches.

While my homecoming was something to be celebrated, it also planted lingering heartache once all the soju had been drunk and all the kisses had been given and received. I watched my parents, reunited after being torn apart on the day I was taken, fumble through what could have been our lives, if only. They came together, reclaimed the love they'd lost decades earlier. They thought they'd outsmarted fate. I thought I was happy.

I watched my own unni's life crack and splinter and shatter when it became clear that our father had always been pathetic and her mother had sometimes been both weak and cruel. She tried, my unni, to love me despite all the disloyalty that went into my making, but in the end we had nothing to hold on to. And although there is even less between us now, I still whisper stories to her into the sky, fallen eyelashes and dandelion fluff. Confessions and prayers to an older sister, related but not really. Wishes that, one day, everything will be forgiven.

* Finalist for the Hilary Weston Writers’ Trust Prize for Nonfiction
* Winner of the Eileen McTavish Sykes Award for Best First Book (a Manitoba Book Award)
* One of Globe and Mail's Best Book of 2019
* A CBC Best Canadian Non-Fiction of 2019
* A Winnipeg Free Press choice for top 10 best Manitoba books of last decade
"Finely observed, meticulous, and candid, this memoir offers its subjects no easy redemptions, only the chance to grow together towards greater understanding. Older Sister. Not Necessarily Related. captures Canada at its richest, deeply rooted in home while also very much part of the world." —2019 Hilary Weston Writers' Trust Prize for Nonfiction Jury

“Reflecting on that which families, in various incarnations, might owe to each other, Older Sister. Not Necessarily Related forges and mourns familial bonds in necessarily relatable and devastatingly exceptional ways.”—Nyala Ali, Winnipeg Free Press

“One of the most courageous, moving and achingly beautiful memoirs I’ve ever read. Jenny Heijun Wills brings uniquely to voice the complex emotional landscapes of transnational adoption. Her book represents an urgent and wide-reaching social question in the most luminously intimate terms." —David Chariandy, author of Brother

“In Older Sister, Wills has made a searching, fearless mix of memoir and fiction to do the impossible: to put a story together of her family and herself, made out of the mix of rumor and fact, lost, found and false left for a Korean adoptee. Much the way she invented herself, she invents the story here, locating her authenticity ultimately in herself. An electric meditation on connection, culture and desire.” —Alexander Chee, author of How to Write an Autobiographical Novel

“Adoption is a complex, provocative issue. Mix it with differences in race, nationality, and culture, and adoption becomes volatile. Jenny Heijun Wills is exactly the person we need to write about this volatility. Smart, critical, and edgy, Wills brings a sensitive, historically informed, and intersectional consciousness to this topic. The result is an urgent and necessary book.” —Viet Thanh Nguyen, author of The Sympathizer

“Older Sister by Jenny Heijun Wills will resonate with anyone who has grappled with their identity, their definition of family, their roots. Who has wondered who am I and how did I get here? In excavating the common human condition of not fitting in, Wills's memoir reveals a unique mind, and more than once I found myself remembering the story of The Ugly Duckling, and better understanding my own search for belonging and becoming.” —Yasuko Thanh, Mistakes to Run With

"Jenny Heijun Wills has no interest in easy answers or comforting fictions. She sees herself and the world around her with an unsparing, incisive clarity, rendering her experiences in their full complexity, horror, and beauty. Older Sister is a memoir of lasting power, a vivid and intimate story of urgent, far-reaching consequence." —Kim Fu, author of The Lost Girls of Camp Forevermore

Editors' Picks: Week of May 25